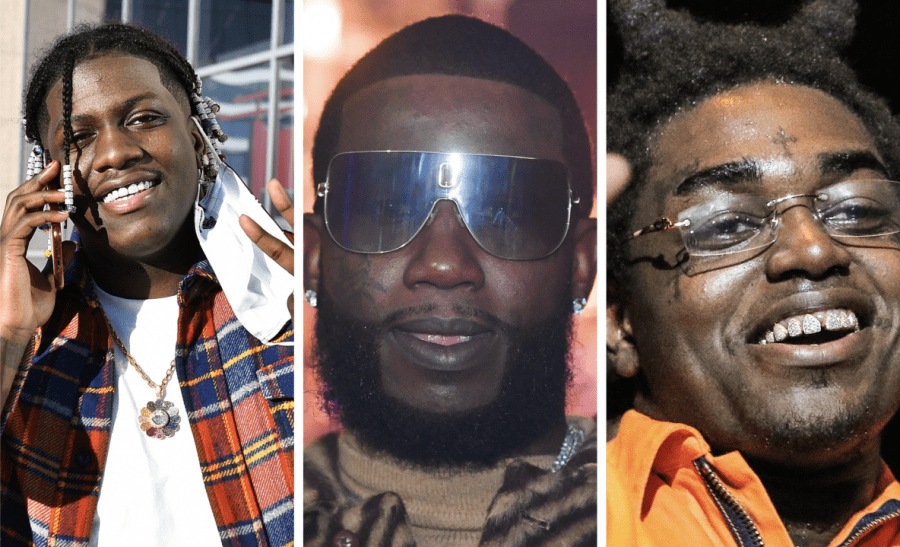 Lil Yachty is preparing to unleash another project from his arsenal in 2021. After releasing Lil Boat 3 in 2020, Yachty is hard at work recording new music and linking up with old friends. Boat was spotted shooting a visual alongside Gucci Mane and the recently-freed Kodak Black on Wednesday (February 10).

The clip captured on set finds Yachty with the “Wake Up in the Sky” duo sans Bruno Mars turning up on a red couch while the menacing bass-heavy track booms in the background.

Kodak was pardoned by former president Donald Trump in one of his final moves in office in January. Yachty reconnected with the Florida rapper at a gas station earlier this week, where he exchanged chains and gifted Kodak $50,000 in cash as a welcome home gift.

“I got something for you though brother,” Yachty said. “That’s that welcome home gift. Good 50 piece for him.”

To which Kodak responded, “Mos’ def, you know I appreciate it.”

The Atlanta native has kept busy to kick off 2021 and has some major plans in store outside of music. After getting Chief Keef and J. Cole’s stamp of approval on an unreleased snippet, Yachty revealed he is working on securing the lead role in an upcoming comedy heist movie based on the underground Atlanta Hip Hop scene and popular card game UNO.

“I played UNO as a kid and still do today, so to spin that into a movie based on the Atlanta hip hop scene I came out of is really special,” the 23-year-old said in a statement. “It hits close to home for me.”