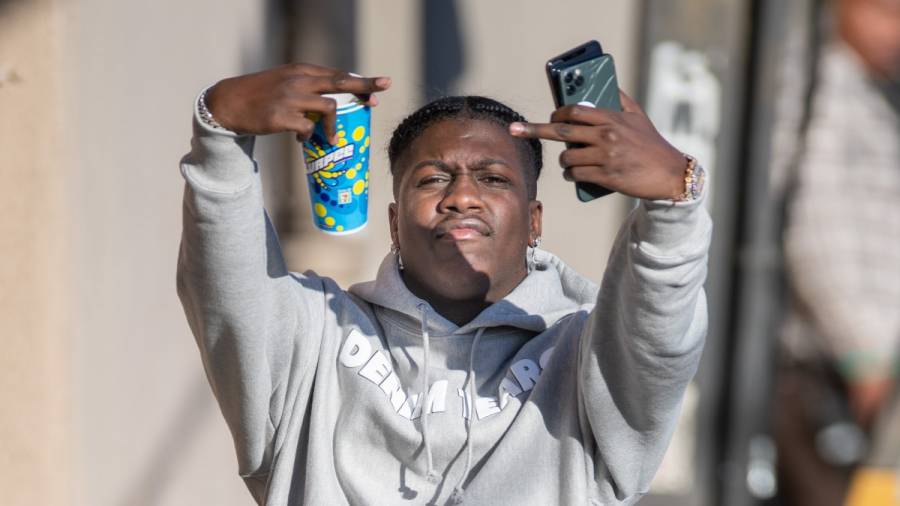 Lil Yachty was arrested on September 21 for allegedly driving over 150 miles per hour in his brand new birthday Ferrari on Atlanta’s Downtown Connector. On Tuesday (September 29), his mugshot started making the rounds, so the Lil Boat 3 rapper decided to have a little fun at his own expense.

Shortly after the mugshot surfaced, Yachty made a TikTok video acknowledging the arrest with his mugshot photo prominently displayed in the background. He joked about being concerned the mugshot would be released to the public.

“Well, we’ve come to this,” he says in the clip. “Um yeah, it happened but not today. It was like two weeks ago or like a week ago — I don’t even know how it happens. God forbid the mugshot comes out. Hopefully it doesn’t. Slow down kids.”

Yachty was popped in his white Ferrari, which was given to him by Quality Control CEO Pierre “Pee” Thomas for his 23rd birthday last month. Luxury sports cars appear to be problematic for Yachty. In June, he crashed his 2020 Ferrari 488 on the Downtown Connector, bringing traffic to a halt.

As Yachty was cruising down Interstate 75/85, he slammed into the left median concrete wall, then spun across seven lanes of traffic before hitting the right concrete wall. The car eventually came to a stop between the right emergency lane and the seventh lane. Witnesses reported speed and wet roads as factors in the accident.