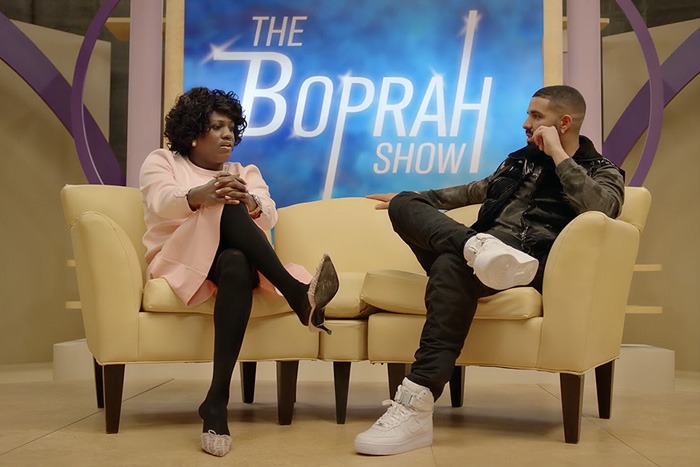 The 9-minute video, directed by Director X, was filmed in Toronto and Atlanta. Yachty transforms into his Oprah-inspired character Boprah, complete with a wig, makeup, and heels. He sits down with his special guest Drake for a heart-to-heart interview on his talk show.

“Back home I know Presi, I’m Obama / I condone the drama / I tongued down Madonna,” raps Drake who kissed Madonna during his 2015 Coachella performance.

Boprah also asks Drake about the next generation of rappers. “I embrace it. I love all the little ditties and all the little jingles that the kids are doing on their SoundCloud or the other thing,” he says before praising Yachty for being at the “forefront of that movement of music that should be forgotten about.”

Adds Drizzy, “I think that guy is just an absolute innovator of music that should never be referenced or heard by human beings again.”

“Oprah’s Bank Account,” produced by EarlOnTheBeat, is set to appear on Lil Boat 3, the follow-up to 2018’s Lil Boat 2, which is due this spring.