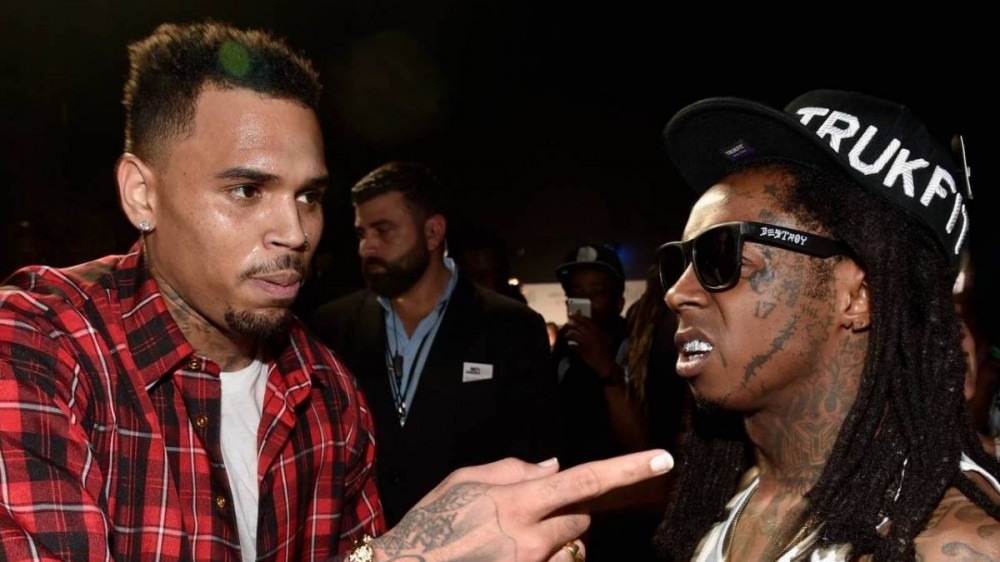 Atlanta, GA – Two of Lil Wayne’s children were spotted together on a night out watching Chris Brown and Lil Baby’s One of Them One’s Tour in Atlanta earlier this week.

On Wednesday night (August 10), Reginae Carter and Dwayne Carter III posed for pics with C Breezy — without having to cough up the $1,000 price tag — and kicked it with the R&B star following his show.

“My bro @chrisbrownofficial killed it tonight look at how big my brother @yxngtune getting tho,” Reginae captioned a series of photos from the show.

DC3, who also goes by Tunney or Yung Tune, hit the mean mug pose with Chris Brown and then gave a shout-out to his parents for making the moment possible. “I’m so thankful to have who I have as my parents,” he wrote.

“Hanging with my beautiful babies,” JD said on Instagram, sharing a few flicks from the event.

Chris Brown has seemingly gone viral after every tour stop for the array of fun poses he’s dished out with fans as part of the meet-and-greet photo package he’s got on offer. He took to Instagram earlier in August to defend the pricey deal.

“PSA!!! WHEN ARTIST (EVERYONE) DO CONCERTS, they all have something called a VIP PACKAGE,” he said. “I HAVENT DONE MEET AND GREETS IN OVER 7 YEARS… I HAVE THE COOLEST FANS ON THE PLANET .. I APPRECIATE THE FUCK OUTTA THEM. THESE ARE MEMORIES THAT WILL LAST WITH THEM FOREVER.”

He continued: “UNLIKE MOST OF THESE LAME ASS ARTIST THAT WONT MAKE EYE CONTACT WITH THE PEOPLE WHO MADE IT POSSIBLE TO EVEN HAVE A CAREER. I ONLY EXIST BECAUSE THESE FANS SAW SOMETHING IN ME I NEVER THOUGHT WAS POSSIBLE.. SO IMA GO ALL OUT FOR MY FANS !!!!”

At the end of the star-studded show, Wayne interrupted Drizzy’s farewell speech to reveal the much-anticipated album is on its way. “I’m working on Carter VI, coming soon!” he told the crowd.

A giant sign reading “Tha Carter VI” appeared on the onstage screen as the night came to a close. He later confirmed its release in a separate video.