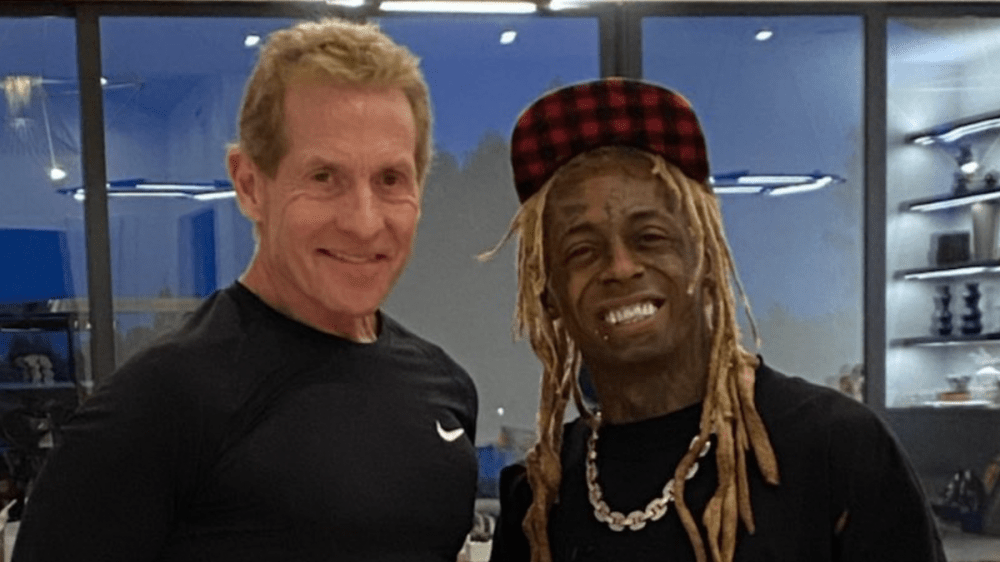 Sports media personality Skip Bayless and rap legend Lil Wayne have one of the more unlikelier friendships in the entertainment world. While still on his vacation from hosting FOX Sports’ Undisputed, Skip and his wife made a trip to hang out with Weezy for a night at his Los Angeles mansion.

“Ernestine and I drove out to visit our friend Lil Wayne,” Bayless wrote on Instagram on Sunday (February 27). “Great time, lotta laughs, talking sports, music and life. Ernestine took this and didn’t quite get the LeBrons I was wearing just for Laker fanatic Wayne. (OK, I was being a little sarcastic since his squad is five under .500.”

With Lil Wayne’s Los Angeles Lakers struggling mightily and nobody slandering LeBron James more than Skip Bayless, the Lakers most likely came up in conversation as the team was blown out by the New Orleans Pelicans on Sunday night in alarming fashion, despite James pouring in 32 points.

LeBron James, in Year 19, has already played 36 minutes tonight but is still in the game, trailing by 22 with 5:08 left, to stat-pad with easy garbage-time buckets as he chases Kareem's all-time scoring record.

Skip — or as Wayne calls him “Drip Bayless” — went on to post a couple more photos of him and his wife hanging with the Cash Money rapper and his friend Scoob. They may well have been taping a segment for Undisputed because Skip teased recording a portion of their conversation in an Instagram caption.

“Here’s another shot of our visit to Lil Wayne’s, this one including his man Scoob, who knows his sports at least as well as he knows his music,” he continued. “If only this convo could’ve been taped. On second thought.”

Lil Wayne and Skip Bayless have developed a friendship over the years, dating back to Weezy’s appearances on ESPN’s First Take when Skip co-hosted the show.

Look for Lil Wayne to possibly make an Undisputed guest spot in the future. Meanwhile, the Lakers currently sit in ninth place in the Western Conference with a record of 27-33.