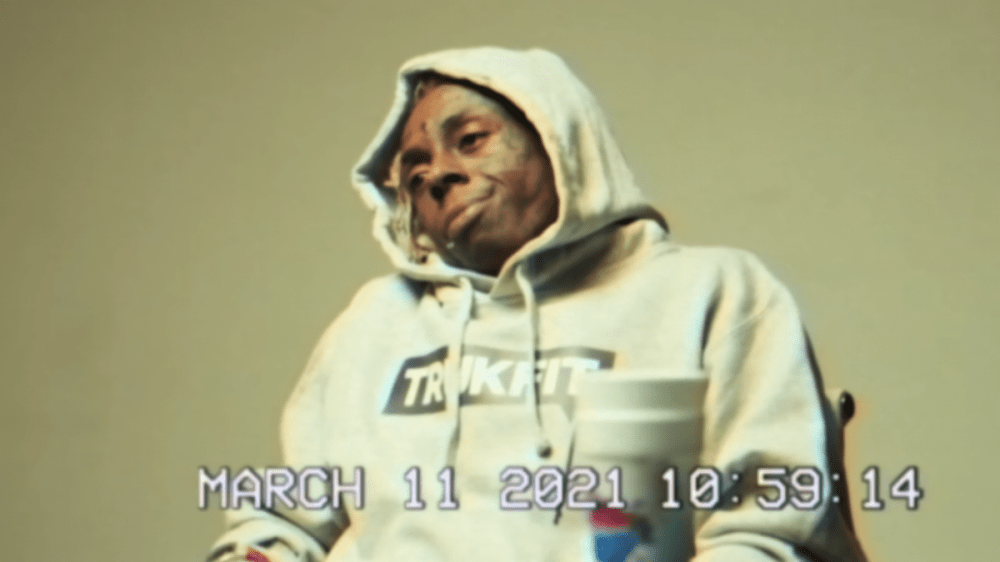 Lil Wayne fans will never forget the time he was deposed in 2012. In a moment that will live on forever, Weezy gave a hilariously sassy court deposition involving the lawsuit he filed against Quincy Jones III (yes, the son of the legendary music producer) over the release of the 2009 documentary The Carter, which Wayne claimed was a “scandalous portrayal” of him.

While being interrogated by Jones’s lawyer, David Ross, Lil Wayne swatted away almost every question with the air of a rebellious teen in the Principal’s office, resulting in several hilarious exchanges over the course of the 90-minute interview.

When Ross asked Wayne if he performed at the 2008 Virgin Mobile Music Fest with Kanye West, for example, he replied, “I don’t know, but I know I did perform at this bad-ass bitch birthday party recently. She was crazy, stupid thick!”

Now, Lil Wayne has revisited his viral deposition in the video for “Feelin’ Like Tunechi,” taken from his brand new collaborative album with Rich The Kid, Trust Fund Babies. Directed by Arrad (Polo G “Rapstar,” YG “Swag”), the clip finds Dwayne Carter spoofing his classic 2012 court exchange as he fields questions from a lawyer with the same look of irritation on his face.

“Did you perform at the Rolling Loud music festival in 2019 with Rich The Kid?” the lawyer asks, to which Lil Wayne responds by regurgitating his “bad-ass bitch birthday party” response from the original deposition. The scene is even filmed in the same VHS style, with Wayne wearing the exact same gray Trukfit hoodie.

The video also contains nods to other phases of Lil Wayne’s career as Rich The Kid dons some of Weezy’s most iconic looks — including his backwards Kobe Bryant Lakers jersey from 2001’s “Everything” music video and his purple BAPE hoodie from the mid-’00s — while dubbing himself “Baby Tunechi.”

While Rich The Kid pays homage to Lil Wayne in their “Feelin’ Like Tunechi” video, the NOLA legend recently gave his Atlanta-bred disciple his own flowers by crowning him the “G.O.A.T. Hip Hop Skateboarder.”