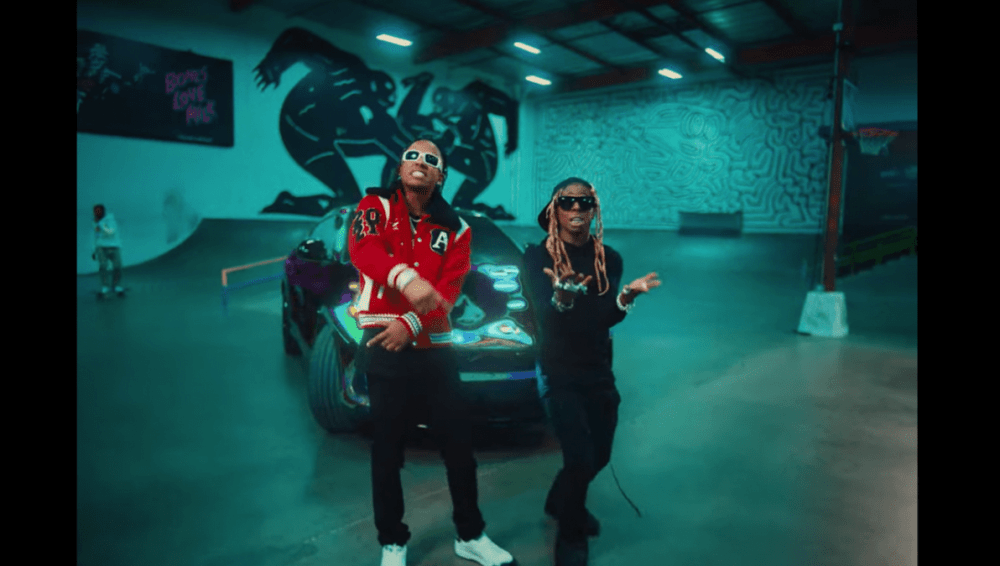 Lil Wayne and Rich The Kid delivered some of the worst sales of the year with their collaborative tape Trust Fund Babies. When the project was released in October, it moved a mere 14,810 total album-equivalent units, a staggering career low for Weezy. Now it seems the duo is trying to breathe life back into the project by releasing a new music video for the song “Trust Fund.”

The video, which was directed by Iann Dior and Trippie Redd collaborator Mooch, follows Rich and Tunechi as they tear up two skateparks, one of which is digitized  in a video game and the other, a real life indoor skatepark. They trade bars throughout both universes as they appear as either adults or CGI babies.

Despite the poor reception to the project, Lil Wayne told Apple Music’s Zane Lowe the album was still incredibly meaningful to both parties.

“First of all, Rich is like my little bro from day one,” Wayne told Lowe. “Me and Rich had been rockin’ for years and we always said we were going to do something. We might do a song here and there, but we locked it in, got in there, and said we put our mindset and did it. As far as, as much as I gave on that, I do that every time I do anything.”

Rich then chimed in and spoke about how he and Tunechi are all about “elevating to the next level.

Check out the “Trust Fund” video up top and the Trust Fund Babies album below.