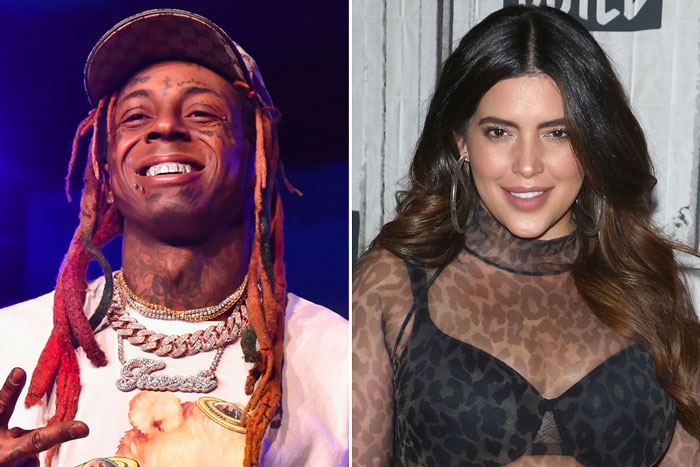 Lil Wayne is in love and he wants the world to know.

The Young Money rapper has remained private about his love life in the past, but it seems that he’s found the right one. Earlier this month, it was revealed that he was dating model Denise Bidot, and now Weezy is making it Instagram official.

On Monday, Bidot posted a bikini-clad photo of herself in the pool and captioned it “His” alongside a yellow heart emoji. Weezy reposted the sexy pic on his Instagram timeline, writing, “All…”

Bidot responded in the comments with “Yours…” along with the red heart emoji.

Weezy’s 12 million Instagram followers were surprised to see him publicly address his relationship. “This ain’t the Wayne we know,” commented one fan, while another added, “The goat in love frfr.”

He also tweeted “Bidot-ism” and her initials, DMB, prompting a fan to reply: “i thought he was changing his last name.. Dwayne Michael Bidot. Thank you for loving him.”

Bidot responded, “this tweet tho! Love him more than y’all know.”

The 34-year-old plus-sized model, who has appeared in fashion campaigns for Savage x Fenty, Lane Bryant, and Levi’s, confirmed her relationship with Wayne earlier this month. “Somehow in the middle of all the madness, something special happened. Us,” she wrote while sharing photos of her and the rapper coupled up.