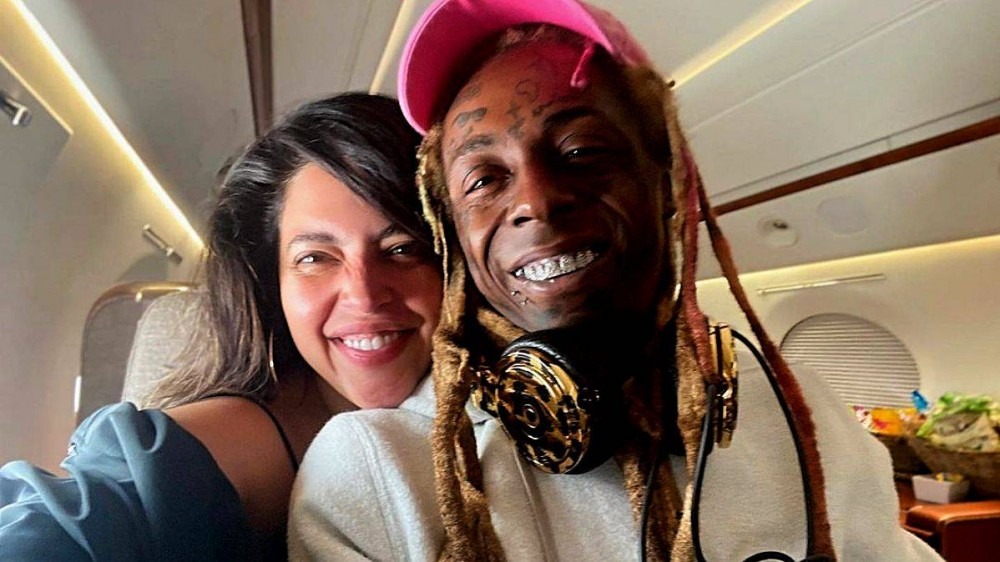 Lil Wayne’s personal life seems complicated to say the least. The Cash Money legend’s dating history reads like a who’s who of models, actresses and fellow artists. Most recently, Wayne was romantically linked to plus-size model Denise Bidot but a messy public breakup over political differences led many to assume they’d permanently called it quits.

But on Wednesday (April 14), Lil Wayne made it abundantly clear the couple is still very much an item. Taking to his Instagram Stories, the multi-platinum rapper shared a video of Bidot drawing a heart in the sand and writing “Denise and Dwayne” in the center. She looks at the camera and blows him a kiss before it comes to the end.

The couple first went public with their relationship in June 2020 after Bidot shared a series of photos to her Instagram Stories cozying up to Weezy.

“Somehow in the middle of the madness, something special happened,” she wrote. “Us.”

The Instagram reveal came less than two months after Lil Wayne called off his engagement to plus-size model La’Tecia Thomas. Rumors of a potential new romance started after Wayne’s fans noticed Denise Bidot was the only person he was following on Instagram. He also confirmed he was in a new relationship while speaking to Nicki Minaj on her Queen Radio show.

“Remember when you was telling me that I be having an attitude all the time because I needed good dick? … You was right though!” Nicki said to which Wayne replied at the time, “I just hope my girl heard that, that’s all.”

Bidot and Wayne allegedly broke up last November after he endorsed Donald Trump but according to an inside source, Wayne called it quits with Bidot. In a text message uploaded to The Neighborhood Talk Instagram account, Bidot shared a photo encouraging her Instagram followers to vote using the hashtag “#notrumpforme.” She then posted a photo of Wayne to her Instagram Stories and wrote, “Let me be clear, this is my king I love him.”

The text continued, “Wayne saw it he unfollowed her she removed the post and he kicked her out. She had her locations in her bio she removed those too then posted two things asking God to help her. Then she finally unfollowed him yesterday.”

Apparently, that’s all water under the bridge.

Lil Wayne was previously married to Antonia “Toya” Carter from 2004 to 2006, dated Arizona native Dhea Sodano for years and has a son with Nipsey Hussle’s girlfriend Lauren London.