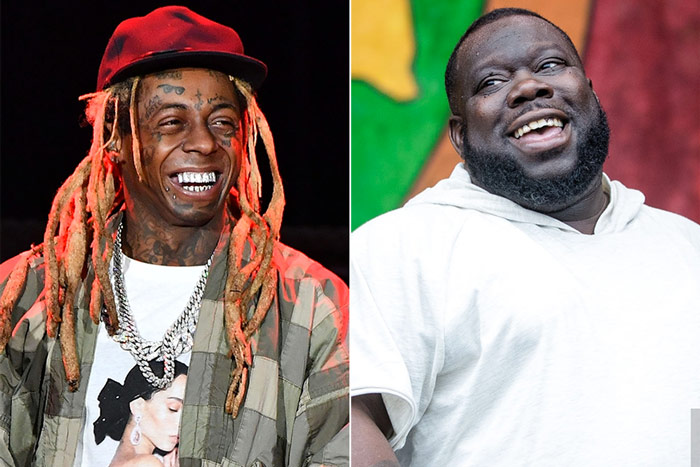 Lil Wayne is celebrating the life of 5th Ward Weebie.

In the wake of his death, the Young Money rapper penned an emotional tribute to the New Orleans bounce icon. “Still haven’t been able to find to words to express how I feel,” Weezy posted on Instagram alongside a photo of Weebie. “RIP to a true New Orleans legend @5thwardweebie.”

Still haven’t been able to find to words to express how I feel.. RIP to a true New Orleans legend @5thwardweebie

The rapper, born Jerome Cosey, died Thursday after being hospitalized. His publicist Johnathan Thomas told CNN that Weebie had a “heart attack which turned into emergency heart surgery and ultimately heart failure.” He was 42 years old.

Weebie, who released his debut album Show the World in 1999, was a pioneer of the bounce movement with songs like “Let Me Find Out” and “Fuck Katrina,” which was released in the wake of Hurricane Katrina. He collaborated with Drake on “Nice for What” as well as Lil Wayne on “Bend It Ova,” and performed at Lil WeezyAna Fest in 2015.

New Orleans Mayor LaToya Cantrell released a statement following his passing. “He was an iconic personality, a New Orleans legend, and a beloved friend,” said Cantrell. “He was the Bounce King, who showed us how to move, how to love, and how to bring passion and humanity to everything we do. New Orleans has lost a cornerstone of our culture. Our City will not be the same without his voice and his spirit.”

Others including Questlove and Solange also paid tribute to him on social media.

It broke my heart to learn that Jerome Cosey — our 5th Ward Weebie — has passed. Let me find out you didn’t know who he was … He was an iconic personality, a New Orleans legend, and a beloved friend. He was the Bounce King, who showed us how to move, how to love, and how to bring passion and humanity to everything we do. New Orleans has lost a cornerstone of our culture. Our City will not be the same without his voice and his spirit. May he rest in God’s perfect peace. 5th Ward Weebie was a driving force in New Orleans’ Bounce music scene, producing such hits as “Get Out The Way” and “Let Me Find Out” along with a cathartic single about Hurricane Katrina. Most recently he performed at our Black and Gold Pep Rally in the lobby of City Hall in advance of the New Orleans Saints’ game against the Saints’ 33-27 win over the Seattle Seahawks. @5thwardweebie

Sometime back I was having a struggle dj set in Nawlins (DJs of my era have to come to grips w regionalism & decide either serve the people or not take dj gigs) I tried to force my Soulquarian hand somewhat to make them see my world cause “cotdamnit I’m questlove” lol welp….that was a fail. Nawlins wasn’t feeling me. Stewing in defeat (especially something you’d think that I could do in my sleep) after the gig Solange offered her 2 cents & told me i have to know the sentimental music of the regions you go to. She also said every culture has “the good shit & the whack shit” she was right. History will always show that the popular stuff above radar really isn’t as good as what you think it is. But because it’s connected to a memory you can’t dismiss it that easily. (30% of music is truly awesome 70% —not so much–but our willingness to come to grips w that is really the conflict) It’s hard to be discerning on the quality of something if you’re in a beggars can’t afford to be choosy place. that’s the danger of the music algorithms. I grew up in an era in which at the radio station a bunch of Mensa level music nerds were DJs who had a say & did great research & put you on to the coolness (this is why Detroit is so ahead of the game because a whole generation grew up on the meals prepared by #TheElectrifyingMojo —NYC’s own #FrankieCrocker was a human @shazam jotting down notes of all the underground DJs & speakeasy juke joint spots of the day THEN going to his platform & sharing them w NYC) Solange made me investigate the world of bounce music thoroughly & told me every aspect of what was what: the old school “this pulls in early 90s high school people….this is for the dope boys….this was my era in junior high….this is new school” bout a year later I came prepared & dawg: I KILLED IT. After the gig while waiting to head back to hotel a cat outside gave me some dap & told me he was pleasantly shocked that I just didn’t do the surface “cash money/no limit” stuff that outsiders mostly do. I told him I did a years worth of homework & i gravitated to the joints I truly liked & did a tight 90 min tribute. I had zero clue I was talking to #5thWardWeebie–