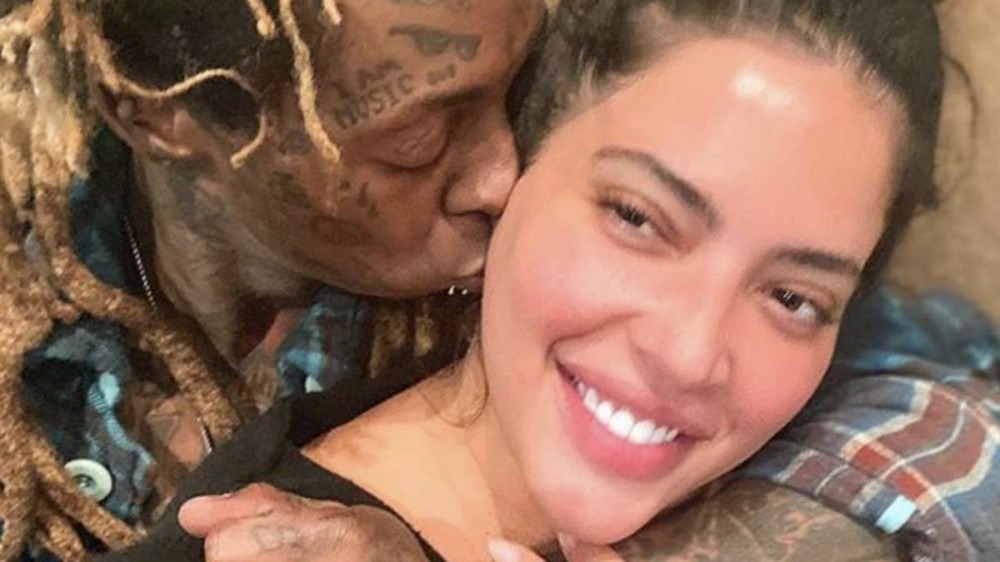 Lil Wayne is apparently off the market for good. On Tuesday (April 20), the Cash Money legend fired off a tweet indicating he’d married girlfriend Denise Bidot and gave a nod to Outkast in the process.

“Happiest man alive!” he wrote. “Today is the beginning of our forever. Forever?? Forever, ever?? FOREVER EVER!!! The Carters.”

For months, people assumed the couple had called it quits after what appeared to be a public breakup on social media. But last week, Lil Wayne and Bidot returned to Instagram with a lovey-dovey post, indicating they were still very much a couple.

Taking to his Instagram Stories, the multi-platinum rapper shared a video of Bidot drawing a heart in the sand and writing “Denise and Dwayne” in the center. She looked at the camera and blew him a kiss before it came to an end.

The couple first went public with their relationship in June 2020 after Bidot shared a series of photos to her Instagram Stories cozying up to Weezy.

“Somehow in the middle of the madness, something special happened,” she wrote. “Us.”

But trouble in paradise reared its ugly head last November when they allegedly had a disagreement over politics. At first, it was reported Bidot dumped Weezy over his recent Donald Trump endorsement, but Bidot appeared to deny the allegations on Twitter, writing, “I did NOT! That is absolutely FALSE.”

Wayne then replied with a cryptic tweet about love, basically saying if anyone is planning on dating him, they better be ready for some intense heat.

“I live the way I love and love the way I live,” he wrote. “I’m a lover not a lighter bekuz they burn out. I am an eternal fire and burning love, either leave with a tan, a 3rd degree burn, or stay and die in love. You’re sweating. Sincerely, the fireman.”

As of publication time, Bidot has disabled both her Instagram and Twitter accounts, presumably to avoid the onslaught of comments she’d get about her purported nuptials. This marks the second marriage for Lil Wayne who was married to Toya Johnson from 2004 to 2006.