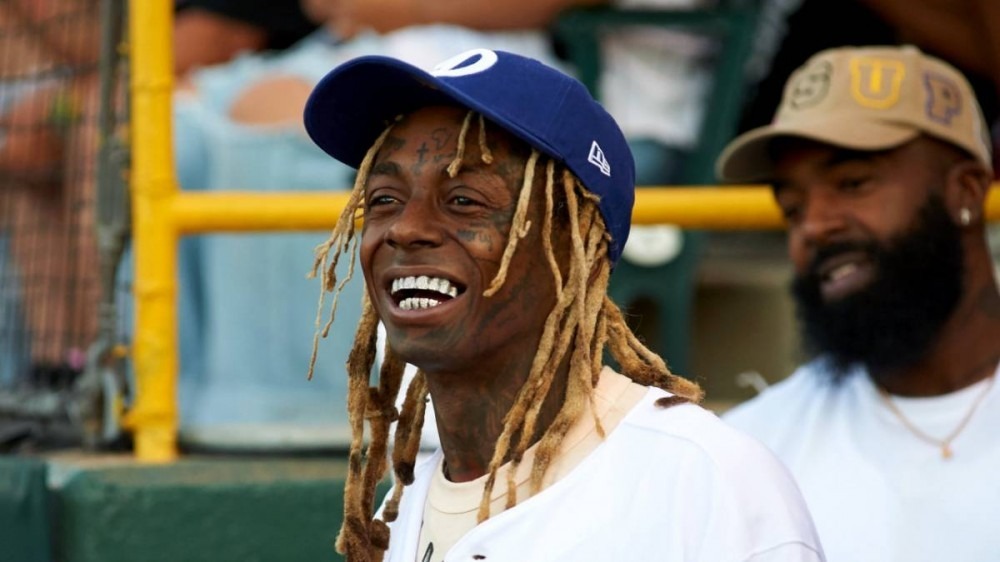 Los Angeles, CA – During the inaugural Jackie Robinson All-Star Celebrity Softball Game, Lil Wayne took a moment to pose with one of Baseball’s most beloved, yet controversial, figures.

Lil Wayne and Barry Bonds were pictured together on Jackie Robinson’s official Instagram page, and while the photo has since been deleted, Weezy also snapped a quick photo with R&B singer Mario, who was also in attendance and photographed with Barry.

Donning a Jackie Robinson No. 42  Los Angeles Dodgers Uniform, Tunechi was also pictured in the dugout and gleefully stepping up to bat, all with a cheek-to-cheek smile on his face. Weezy was the featured artist on Kanye West’s 2007 track “Barry Bonds” from his album Graduation.

“Thank you to the countless folks – both celebrity guests and fans – who joined us in celebrating 75 years since Robinson altered the landscape of sports forever! Special shout-out to Barry Bonds for making a lovely guest appearance!”

Lil Wayne’s appearance comes after the rap legend announced that his annual Lil WeezyAna Fest would return for its sixth outing later in 2022. Weezy is of course set to headline, but he’s bringing along some friends such as Moneybagg Yo, Coi Leray, Rob 49 and other special guests.

“We’re glad to be back home,” Young Money President Mack Maine wrote in a statement. “New Orleans birthed us and we can travel and hit the stage anywhere in the world, but there’s no place like home!

“As always, we will be honoring the many lives lost in Hurricane Katrina as this year marks the 17th year anniversary. Wayne is excited to get back home as this one will be one you won’t want to miss!”

This year, $0.50 of every ticket will be donated to support educational programs for New Orleans kids.

On the musical side of things, Weezy linked with DJ Premier for his five-track outing Hip Hop 50: Vol. 1, which was created with Mass Appeal as part of their Hip Hop 50 campaign celebrating the upcoming 50th anniversary of Hip Hop.

Lil Wayne joined up with Slick Rick for the tape’s closer “The Root of All,” and Premier said Slick Rick, who’s notoriously picky about who he shares a mic with, was eager to hop on the track because of Wayne’s penmanship.