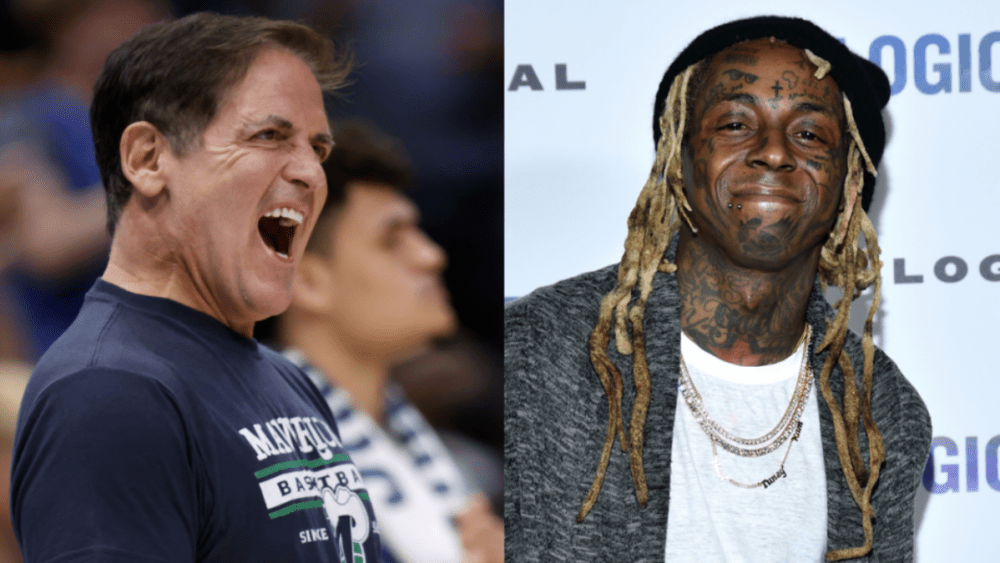 Phoenix, AZ – The Phoenix Suns were throttled by the Dallas Mavericks in Game 7 on Sunday night (May 15) by a score of 123-90. Lil Wayne was courtside at the Footprint Center to take in the Arizona massacre and see his close friend Chris Paul and the Suns get eliminated from the NBA Playoffs in an embarrassing fashion.

It’s no secret Weezy was pulling for the Suns after he went as far as calling Mavs star Luka Doncic a “ho” in a tweet earlier in the series.

Mavs owner Mark Cuban kept Lil Wayne’s words in the back of his mind and ended up getting the last laugh as he used one of the New Orleans legend’s bars against him in a post responding to Wayne’s Luka diss on Monday (May 16).

Cuban posted a photo of Wayne looking on in shock and quoted one of his lyrics from Tha Carter V‘s “Uproar” when he raps, “It’s a shit show, put you front row.”

Luka finished with 35 points and 10 rebounds while he and the Mavericks dismantled the Suns in a Game 7 blowout of 123-90. Dizzy Wright went as far as blaming Wayne being courtside for Doncic’s explosion to lead his team to victory.

wayne at the game too 😂 luka took dat personal

The Mavericks’ sights now shift to the Golden State Warriors, where they will battle for the Western Conference title starting with Game 1 on Wednesday (May 18) at the Chase Center.