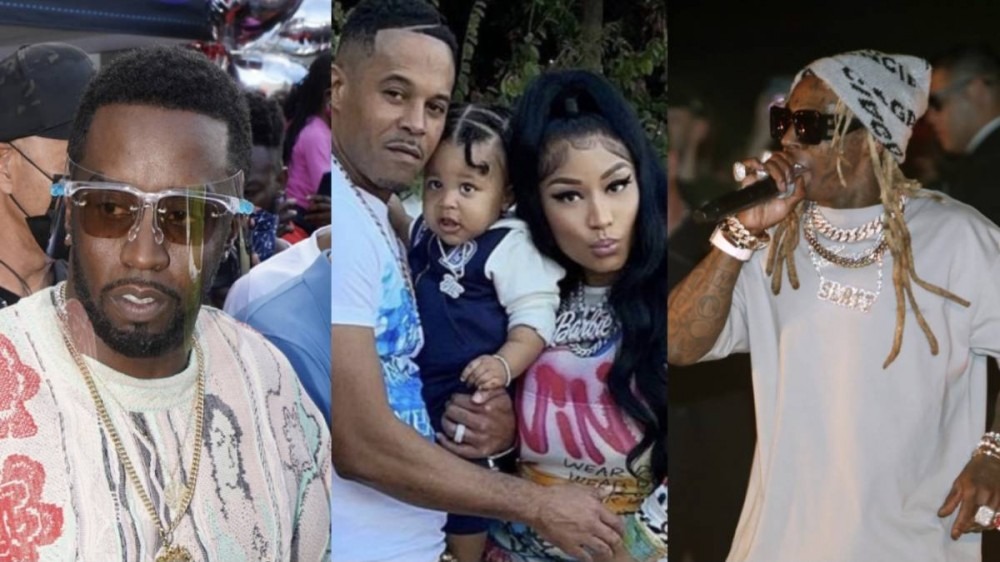 Nicki Minaj became a mother for the first time in September 2020, when she gave birth to a baby boy. Fast forward a year later, and the Queen rapper is already celebrating her child’s first journey around the sun. On Tuesday (October 5), Nicki Minaj took to her Instagram with a post giving fans a look at her son’s Kung Fu Panda-themed birthday party.

“They did face painting, making balloons, making headbands, bouncy house, photo booth, etc. and once everyone left I forgot we didn’t cut the cake,” Nicki wrote in the caption of her post. “I had to bring my baby out in his pajamas. Boy u gon get this bday song whether u like it or not. It was so much fun. To everyone who sent a gift, he hasn’t opened gifts yet but thank you, love you. Happy 1st bday . My world, my everything.”

Diddy made sure to send Nicki a CÎROC pomegranate and DeLeón tequila care package for the party and she thanked him for the kind gesture in another post showing the post-party aftermath. But Lil Wayne may have taken the cake when it comes to the best gift. Nicki took to her Instagram Story to thank her former boss for the lavish Balenciaga gifts he sent her Papa Bear.

“@liltunechi I just opened the bags & I’m in shock this is insane,” Nicki wrote in her Instagram Story. “I love you so much. This is A LOT OF STUFF. OMG.”

.@NICKIMINAJ via instagram story showing what @LilTunechi sent to Papa Bear for his birthday ♥️ pic.twitter.com/DsiyQfBl6a

Papa Bear has been growing up by the minute since he first opened his eyes last year. Last month, Papa Bear caught his parents by surprise when he said his first words during a family moment shared on Instagram.

As Nicki, her husband Kenneth “Zoo” Petty and Papa Bear posed on a couch for the video, the Young Money rapper tried to get her son to interact with the cameraman by holding up his arm and encouraging him to “say hi.’ The child opened his mouth and let out his best baby impression of “hi” which caught Nicki by surprise as her face lit up and she let out a gasp of amazement.