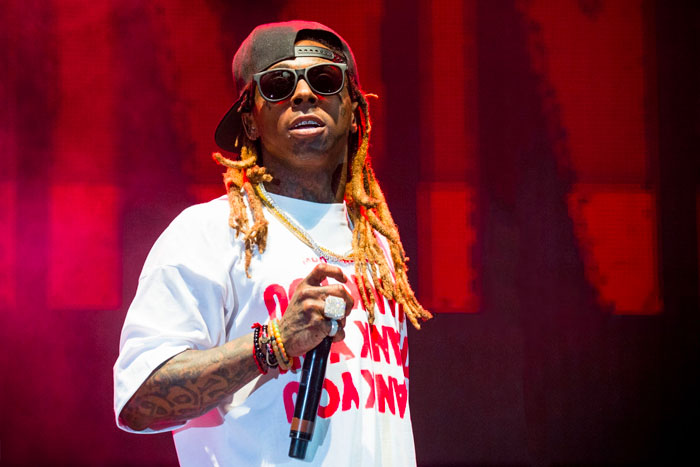 Lil Wayne is speaking out following his controversial comments about George Floyd’s death and the protests that have followed.

Last month, the Young Money boss was asked what he thought about Floyd’s killing at the hands of a Minneapolis police officer, who knelt on his neck during an arrest. His comments were a source of upset and were seen as sympathetic to law enforcement.

“I think when we see these situations, I think we also have to understand that we have to get very specific,” said Wayne while speaking with Fat Joe on Instagram Live. “We have to get so specific and what I mean by that, we have to stop viewing it from such a broad view, meaning we have to stop placing the blame on the whole force and the whole everybody of a certain race or everybody with a badge.”

He continued, “We have to get into who that person is. If we want to place the blame on anybody, it should be ourselves for not doing more than what we think we’re doing.”

Lil Wayne speaks on the murder in Minneapolis of George Floyd, he says we should blame ourselves for it

During Friday’s episode of Young Money Radio on Apple Music, Weezy clarified his stance by sharing his own experience as a child who was saved by a white police officer after he accidentally shot himself.

“There was a bunch of black cops jumped over me when they saw me at that door, laying on the floor with that hole in my chest. He refused to. Those black cops jumped over me, and ran through the crib, and said we found the gun, we found this, we found that. He said I found this baby on the floor, I need to get to a hospital. He didn’t wait for an ambulance, he took his car. He made somebody drive it, and he made sure that I lived. That’s Uncle Bob, and Uncle Bob’s story.”

Wayne also revealed an encounter with racism that occurred on his own private plane a “couple days ago” when he approached the white pilot and was turned away. When he landed, there were police waiting for him at the airport.

“I go up there to talk to him, he tells me get out of the aisle and go back to your seat,” recalled Wayne. “He must have thought he was flying United Airlines or something, he must have forgot that that was my plane. He must have forgot. I think what happened is he did forget, he forgot what was going on. You know what happened, though? He had police waiting for me when we landed, waiting for my ass. Thank God the police they didn’t forget what was going on, and they let me go right home.”

He cautioned his audience to not speculate before understanding his situation. “Just before you want to speculate about anything, understand that I go through situations, too, and we all got our situations, so don’t judge no one for no reason, for whatever, don’t judge,” he said. “Do you. Help out in any kind of way you want to help out, any kind of way you can. We’re all in it together.”

While speaking with Killer Mike on Young Money Radio, Weezy also reflected on his own reality growing up in New Orleans. “Baby, we went through that every week. We lived that every week. We gave the police names just ’cause of who they were and how they were. We got used to that.”

Added Wayne, “Don’t blame me, don’t fault me, but if you do, you already know.”

In conversation with @killermike on Young Money Radio