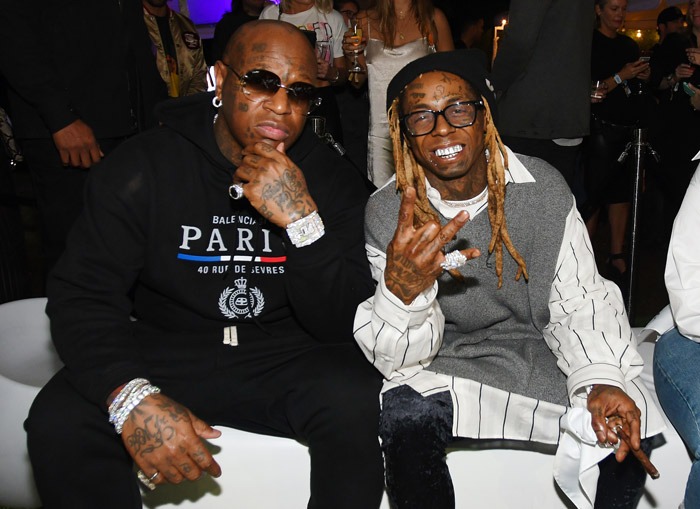 Lil Wayne celebrated the release of his 13th studio album Funeral during Super Bowl weekend in Miami with guests including Birdman. Despite their troubled past, the former foes were all smiles as they reunited during the Friday night celebration.

In June 2018, Wayne and Birdman ended their highly-publicized legal battle. Wayne sued Baby for $51 million in 2015, seeking release from his contract. The lawsuit was settled for an undisclosed amount, and Wayne was released from Cash Money and able to release Tha Carter V.

Birdman apologized to Weezy on stage at Lil Weezyana Fest in New Orleans in August 2018. “That ni**a put his life in my hands and I’ma keep it real with that ni**a, we gon’ do this shit till the day we die. This YMCMB for death,” he said.

Lil Wayne celebrates the release of his new album #Funeral in Miami with his fiancée La’Tecia Thomas and Birdman pic.twitter.com/Z3FLLcWnRk

Wayne was also joined by his fiancée, Australian model La’Tecia Thomas, during the Funeral festivities. The couple was inseparable all night, posing on the red carpet and walking arm in arm. Weezy reportedly proposed to her last fall with a massive engagement ring, which she was seen wearing on Friday.

Funeral, which features appearances from Big Sean, Lil Baby, 2 Chainz, and XXXTentacion, is expected to debut atop next week’s Billboard 200 with 110-125,000 equivalent album units.