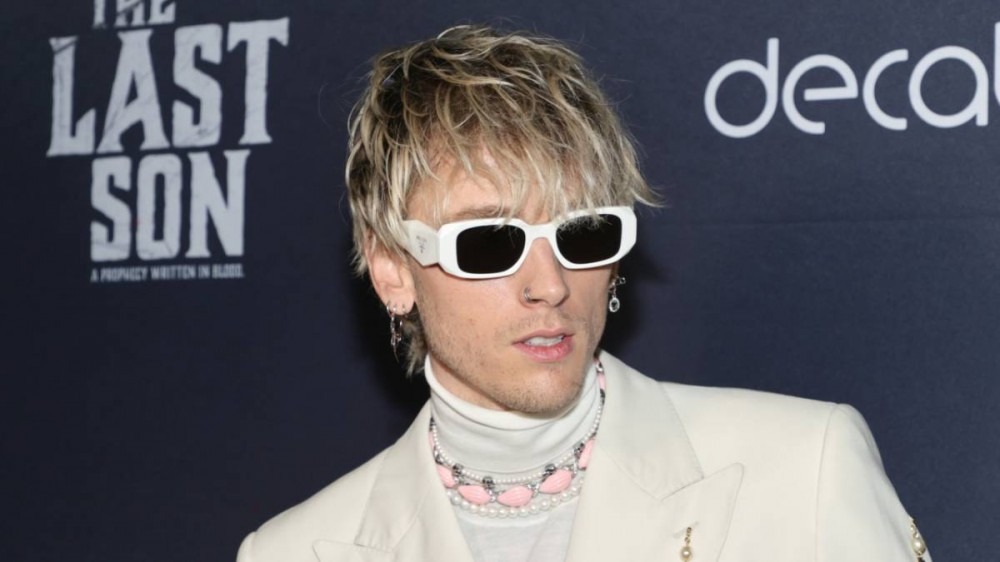 With the help of a paper figure resembling Lil Wayne, Machine Gun Kelly has delivered the first taste of his upcoming Mainstream Sellout album via his “Ay” visual single.

In a tweet on Friday (March 4), MGK shared the link to the official video for “Ay” featuring Lil Wayne and revealed he and his crew filmed the creative flick on an iPhone from the comfort of the Cleveland MC’s home during a last-minute whim the night before the single dropped.

“i filmed this music video last night in my living room on an iPhone,” Machine Gun Kelly tweeted. “run it up ‘ay’ feat. @LilTunechi.”

i filmed this music video last night in my living room on an iphone.
run it up 🥳🥳
“ay” feat. @LilTunechi https://t.co/7jQrukz8E5

Though Weezy doesn’t make a physical appearance in the video, Machine Gun Kelly and his four friends undergo enough wardrobe changes throughout the visual to make up for the lack of drip a Lil Wayne cameo would’ve likely yielded.

In addition to the video for “Ay,” Machine Gun Kelly dropped off his Lockdown Sessions EP on March 2 featuring three of his fan-favorite viral tracks now available for the first time across all streaming services.

Machine Gun Kelly’s Mainstream Sellout album is scheduled to arrive on March 25 and will serve as the follow-up to his fifth studio album Tickets To My Downfall, which became his first to debut at No. 1 on the Billboard 200.

Watch the full video for “Ay” below.