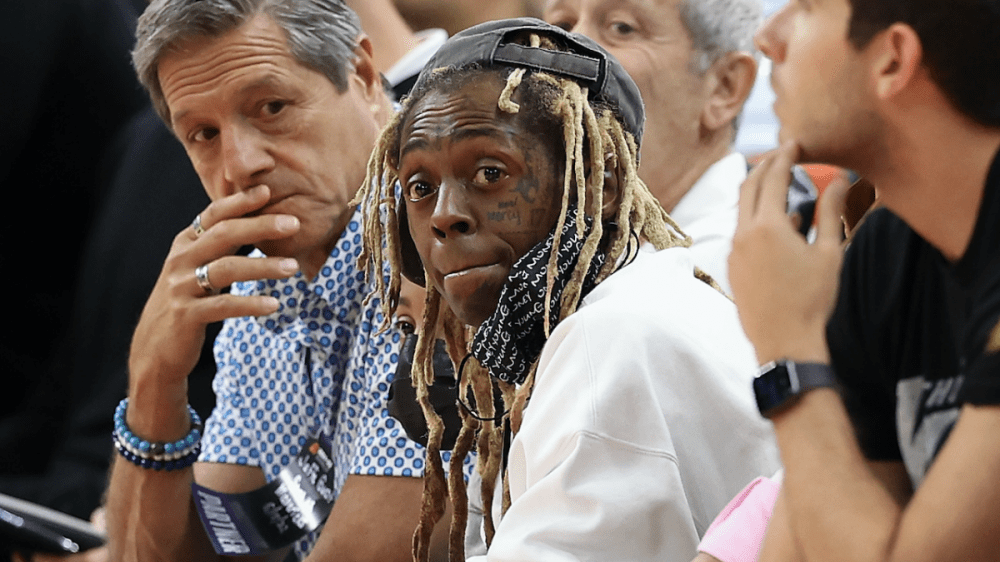 Phoenix, AZ – Lil Wayne had a courtside seat for Game 7 between the Dallas Mavericks and Phoenix Suns on Sunday (May 15), but his recent words came back to haunt him.

During Game 4 of the series on May 8, Weezy took to Twitter to call Luka Doncic a “ho” after he was left unimpressed with the way the Mavericks star was behaving on the court. While attending Game 7 at the Footprint Center on Sunday, a shell-shocked Wayne watched on as Doncic dropped 35 points, along with 10 rebounds, four assists and two steals.

Luka Doncic’s impressive performance guided the Mavs to a hefty 123-90 win to secure a place in the Western Conference Finals against the Golden State Warriors. As expected, Twitter users were quick to bring up Wayne’s previous tweet.

Luka Doncic showing out in front of Lil Wayne.

ESPN’s Skip Bayless acknowledged Lil Wayne sticking to his word and supporting his friend Chris Paul, hoping his presence would inspire him.

“My brother Lil Wayne told me Friday he’d be there for Chris Paul this evening in Phoenix – and he’s right there in the front row,” he wrote. “They have a deep connection from CP3’s days in New Orleans. I sure hope he inspires CP3 to snap out of his funk/slump.”

Chris Paul went on to finish the game with 10 points, one rebound, four assists and one steal. Memphis Grizzlies star Ja Morant also reacted to Weezy’s comments and Doncic’s performance, tweeting, “Wayne at the game too. luka took dat personal.”

My brother Lil Wayne told me Friday he'd be there for Chris Paul this evening in Phoenix – and he's right there in the front row. They have a deep connection from CP3's days in New Orleans. I sure hope he inspires CP3 to snap out of his funk/slump.

wayne at the game too 😂 luka took dat personal

Lil Wayne’s relationship with Chris Paul goes back to the 12× NBA All-Star’s playing days for the New Orleans Hornets between 2005 and 2011.

“I’m a CP fan first, because, you know, he started in New Orleans, and I had season tickets,” Wayne said during an interview on What’s Wright? With Nick Wright. “He and I became brothers. He’s one of the greatest human beings on the planet earth, overlook basketball. That guy will bend over backwards for you. Just plain and easy. He’s only a nice guy. I used to be all the time a fan irrespective of the place he goes.”

Luka Doncic WENT OFF in Game 7 dropping 27 points in the first half on his way to 35 points and the @dallasmavs win to advance to the Western Conference Finals! #MFFL@luka7doncic: 35 PTS, 10 REB, 2 STL, 6 3PM pic.twitter.com/nf9j8T9J85