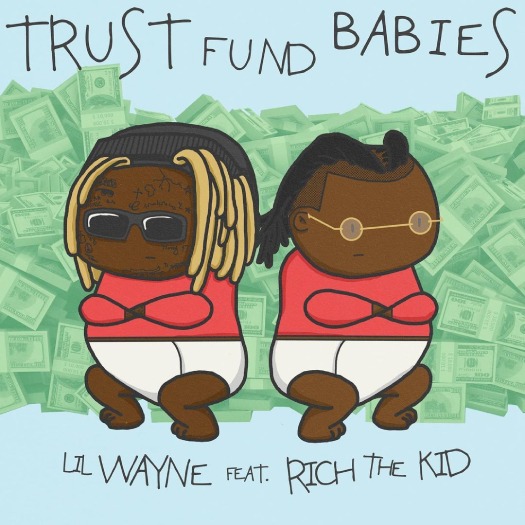 At this point, there is no doubt that Lil Wayne is a legend in the hip-hop game. Many celebrities have given the New Orleans rapper his flowers throughout the year and recognized his influence in the industry. While most rappers thrive on getting a feature from the GOAT of today’s hip-hop, Rich The kid can celebrate having a collab album with Lil Wayne.

The cover art for this project goes exactly with the theme, depicted cartoon animations of Lil Wayne and RTK as babies, standing in front of loads of money.

Young Money president Mack Maine hinted at this album’s release back in August, during a conversation on Twitter spaces. “Wayne and Rich the Kid have a project together that’s coming out soon,” Maine stated after discussing the three projects Wayne is expected to release in the forthcoming future. The joint project will release on October 1st.

It sounds like Lil Wayne is back in his bag. Are you excited?