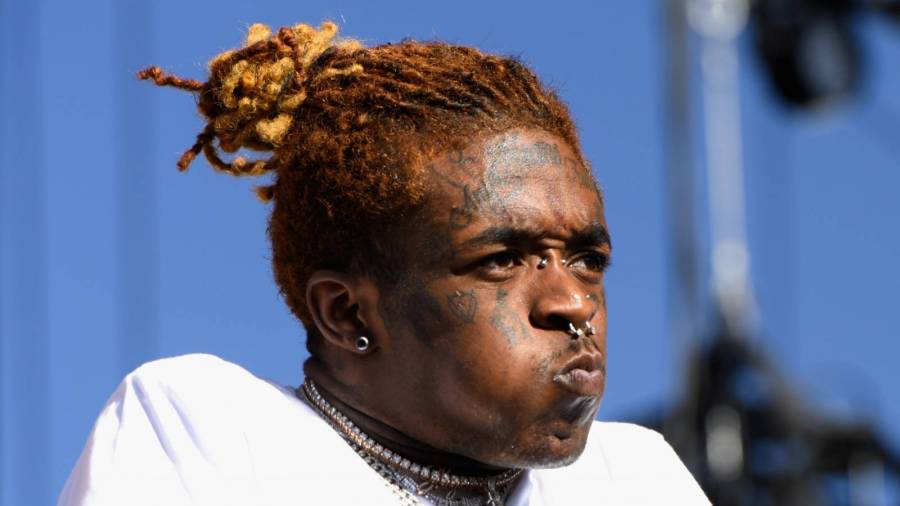 Lil Uzi Vert could potentially be left with a scar on his face following an accident at home on Monday evening (November 30). The Eternal Atake rapper shared a Twitter video revealing a cut just above his lip, which was caused by stabbing himself in the face while trying to open something with a knife.

“I need some chapstick,” he wrote as he showed the open wound from different angles. “Don’t open stuff up with a knife it’s not safe.”

I need some chapstick 🤦🏾‍♂️😒💕 pic.twitter.com/TADzUkcGop

Uzi explained more about the incident in response to a fan, revealing he put a little too much strength into breaking open a zip tie.

“I was pulling the knife back on a zip tie and stab my face,” he said. “I just missed my lip.”

He also showed concern when pop artist Grimes suggested he should go to the hospital for stitches.

“You think it’s that deep ?” Uzi said in response, to which she joked, “Apparently super glue is safe on wounds but Iunno.”

Apparently super glue is safe on wounds but Iunno

Lil Uzi Vert’s collaborative album with Future, Pluto x Baby Pluto, debuted at No. 2 on the Billboard 200 chart in November. The project earned roughly 105,000 total album equivalent units and missed out on the top spot by just 12,000 units.

Shortly after the album dropped, Uzi claimed to be retiring soon after writing on Twitter, “I’m dropping 2 more albums then I’m out.”

With Uzi approaching 27 years old in July, fans recently expressed worries over comments made in an old Nardwuar interview, in which he said he’ll “leave this earth” at 27. Uzi then cleared things up by saying he was referring to drugs — not death.

“I let this go for so long I never said I was gonna die,” he wrote on social media. “Don’t you know leave this earth is a term for taking DMT. I thought I was gonna really be one of those High ass N-ggas at 27 ……. SAY NO TO DRUGS !!!!!”