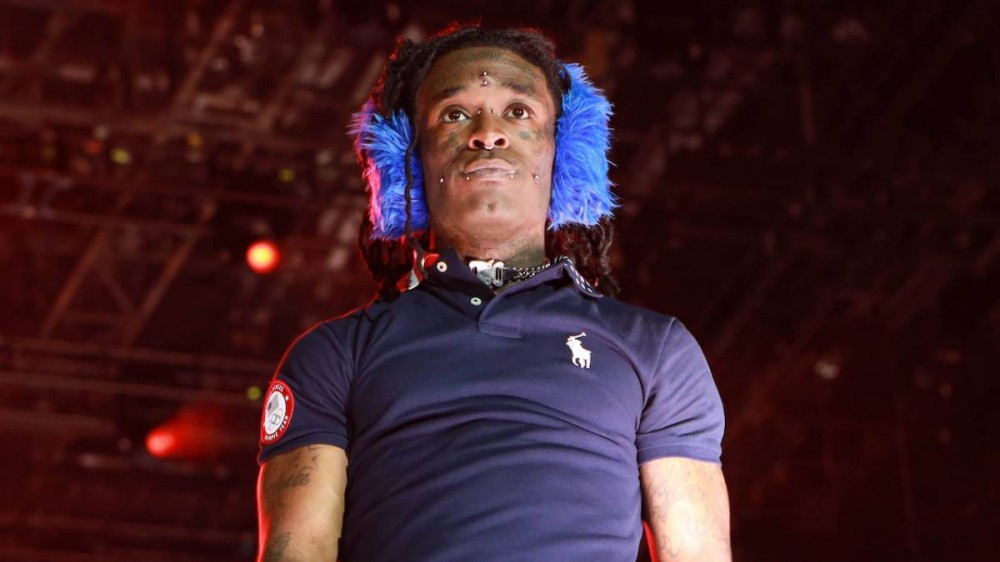 Lil Uzi Vert has never been one to hide from reinvention. After all, he’s the same rapper who decided to place a $24 million pink diamond in his forehead last February. Before bringing in 2022, the Eternal Atake rapper chose to add another piercing to his impressive collection.

In photos and videos shared on social media, Uzi chose to get two piercings on the left side of his face, connecting two of his many face tattoos. The new ball and chain addition joins his other notable facial piercings, including the bridge of his nose, both of his upper cheeks, both of his lower cheeks, his forehead and his lip.

The pink diamond piercing led to numerous moments where Uzi’s forehead would bleed out, prompting fans to worry about his health. After his precious diamond was accidentally ripped out during last year’s Rolling Loud Festival in Miami, he ditched the diamond and decided to close the hole with a piercing.

Uzi is still finishing his long-awaited Pink Tape, and with it comes more modification. On Tuesday (December 29), OurGenerationMusic shared an image of Uzi donning a multi-colored hairstyle of pink, blue and yellow dreadlocks in homage to the early years of his career leading up to albums such as Luv Is Rage and Lil Uzi Vs. The World.

The new look prompted fans to try and connect the dots and call every new move “the Pink era.”