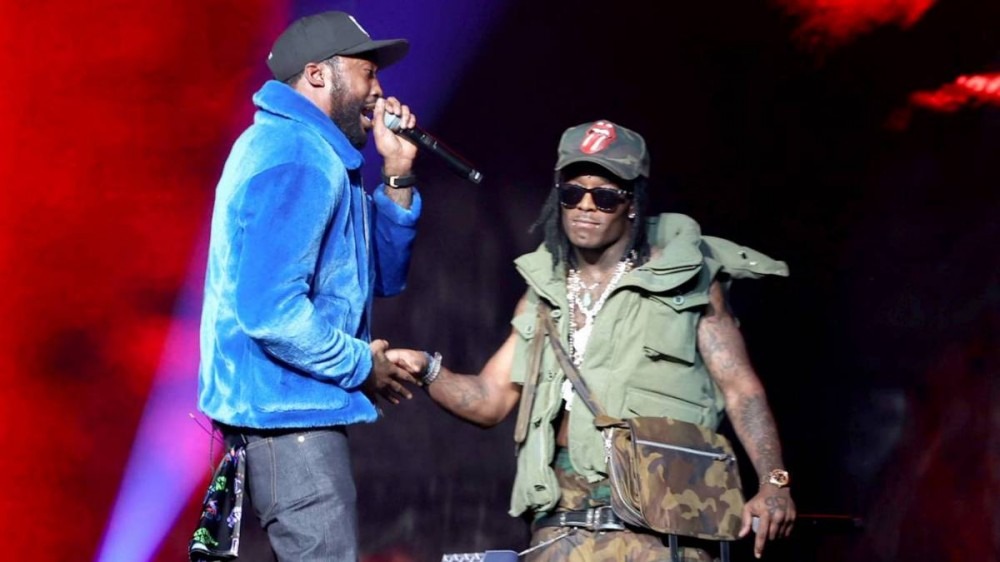 Meek Mill is stepping up his time in the ring. Prior to his Meek Mill & Friends concert taking over a sold-out Madison Square Garden on Saturday (October 23), the Philly rhymer got an intense boxing workout in that morning and called out Lil Uzi Vert for missing the session.

“@liluzivert you said 7am we working out what happened,” Meek captioned the training clip.

Uzi hasn’t been slacking in the gym himself and has posted several clips recently boasting a six-pack and putting his speedy jabs to work. Shortly after Meek’s workout, the “Money Longer” rapper hit a local boxing gym and let the Dreamchasers boss know he’s up.

A post shared by Goyard Life( NO STYLIST)1600 (@liluzivert)

Social media comedian ItzBizkit complimented Meek’s hands by calling them “sturdy” and former NFL running back Matt Jones wrote, “Yes Sir.” It’s safe to say Meek has come a long way in the gym since this 2015 clip of him attempting to destroy a heavy bag.

Around that time, he challenged Drake to a $5 million boxing match (with Nicki Minaj as the ring girl) to settle their differences (which have since been squashed without any punches being thrown). Meek Mill and Lil Uzi Vert aren’t the only rappers to have taken up boxing or MMA. Rhymers such as DDG and Blueface have organized fights for themselves while Wiz Khalifa turned his mixed martial arts passion into an investment into the Professional Fighters League.

Meek Mill invited a ton of his Hip Hop friends to join him on the MSG stage while he ran through his Expensive Pain album and way past the 11 p.m. NYC curfew. Lil Uzi Vert helped light up The Garden with a four-song set that included “Do What I Want” and “XO TOUR Llif3.”

A Boogie Wit Da Hoodie, Fivio Foreign, Rowdy Rebel, Bobby Shmurda, 42 Dugg, EST Gee and more joined Meek for the special concert he dedicated to his late father, who passed away when he was just five years old.