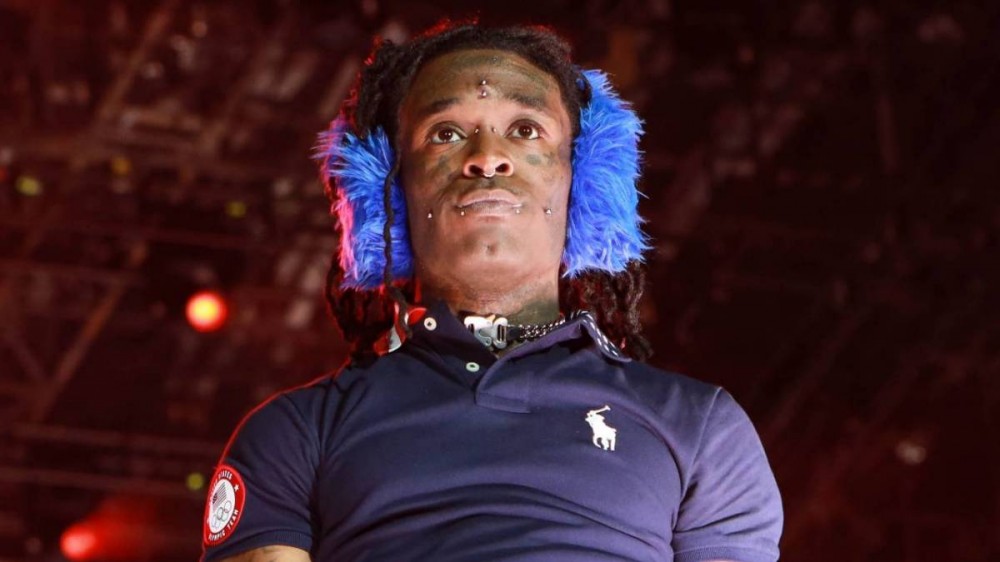 Las Vegas, NV – Lil Uzi Vert performed at Day N Vegas on Sunday night (November 14) and had his set cut short which angered Uzi and disappointed the thousands in attendance.

Uzi allegedly showed up about 30 minutes late to his 50-minute set but had his mic cut off after performing just two songs. The move to silence Uzi caused him to get upset and launch his mic into the audience before exiting stage left.

A rep for Day N Vegas also relayed to HipHopDX that Lil Uzi Vert’s set was “cut short due to him arriving 30 minutes late and also to allow SZA’s set to run on schedule.”

While he was definitely late to perform, some are speculating he had his set cut short because of him inciting the crowd to “rage” with him.

“Don’t stop my rage,” he said just seconds before having his mic shut down, according to journalist Keith Nelson Jr.

For context, Uzi was 30 minutes late for a 50 minute set, but after he got off, a computerized voice told people to step back to give people in the front room. Feels like they cut his set because of the raging. Never seen this before at a festival. Truly a new era #DayNVegas

Shortly after Lil Uzi Vert’s set came to a close, a computerized voice allegedly came on the speakers instructing the crowd to back up and avoid surging toward the front. The warning memo comes in wake of the tragedy that took place at Travis Scott’s Astroworld Festival a week prior leaving 10 dead and hundreds injured.

Nelson speculated the set was cut short because of the willingness to “rage” rather than him just being late, which would mark the ushering in of a new era when it comes to festivals policing their artists.

“All of the artists I saw at @daynvegas2021 were so mindful of their audiences except for Lil Uzi Vert,” one fan in attendance wrote. “He said ‘I want to rage so hard I pass out’ and encouraged the crowd to get crazy “no matter what” which is so insensitive considering the recent tragedies @ Astroworld.”

All of the artists I saw at @daynvegas2021 were so mindful of their audiences except for Lil Uzi Vert. He said “I want to rage so hard I pass out” and encouraged the crowd to get crazy “no matter what” which is so insensitive considering the recent tragedies @ Astroworld

Following Sunday’s performance, Lil Uzi Vert cooled down and took to his Instagram Story to let his fans know that he’s “never changing.”