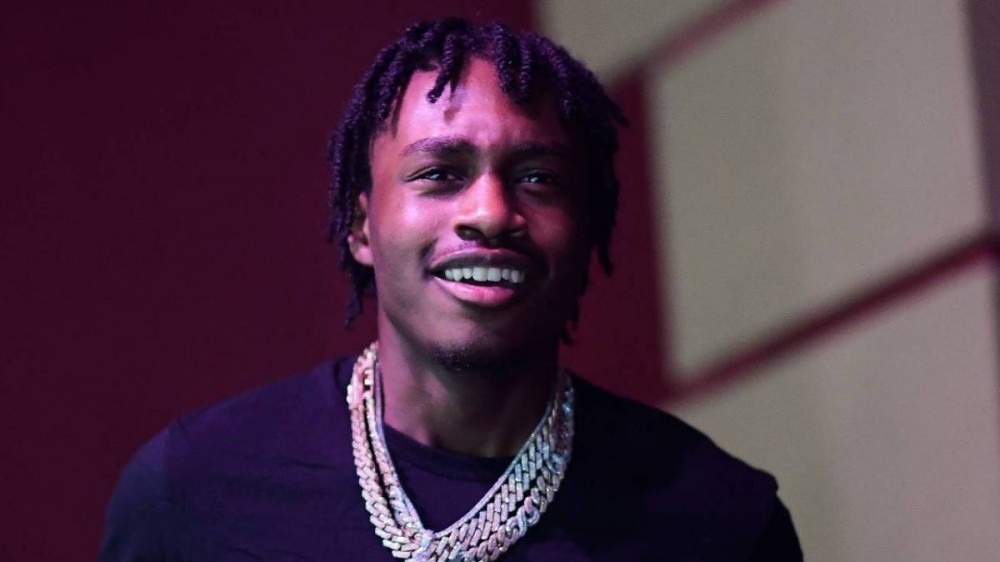 Lil Tjay may only be 20 years old, but he knows to navigate situations when paparazzi run up on him in public. TheHollywoodFix caught up with the Bronx rap star on a rainy Monday (October 25) in Los Angeles and asked him for his thoughts on boxing legend Floyd Mayweather rejecting a photo with a male fan because of his painted nails.

“You want me to say some retarded shit, huh? Not today! Word to my dead,” Tjay replied before speeding off in his black Mercedes-Benz GT 63 S AMG, which got slapped with a parking ticket moments prior.

The incident Lil Tjay was asked about happened during the Los Angeles Clippers and Memphis Grizzlies game at Staples Center on Saturday night (October 23), when TMZ footage captured Money Mayweather denying a fan’s request for a photo after noticing his nails were painted black. Floyd went on to pose for pics with several other fans.

Nail art has become more prevalent among male rappers in Hip Hop lately. Names such as Kid Cudi, A$AP Rocky and Lil Yachty have all been spotted rocking painted nails, with Lil Boat even launching his own nail polish line.

Meanwhile, Lil Tjay is revving up on the music side as he returned earlier in October alongside Brooklyn drill rhymer Fivio Foreign and Kay Flock on “Not in the Mood.” The official music video has already racked up over three million views in just four days.