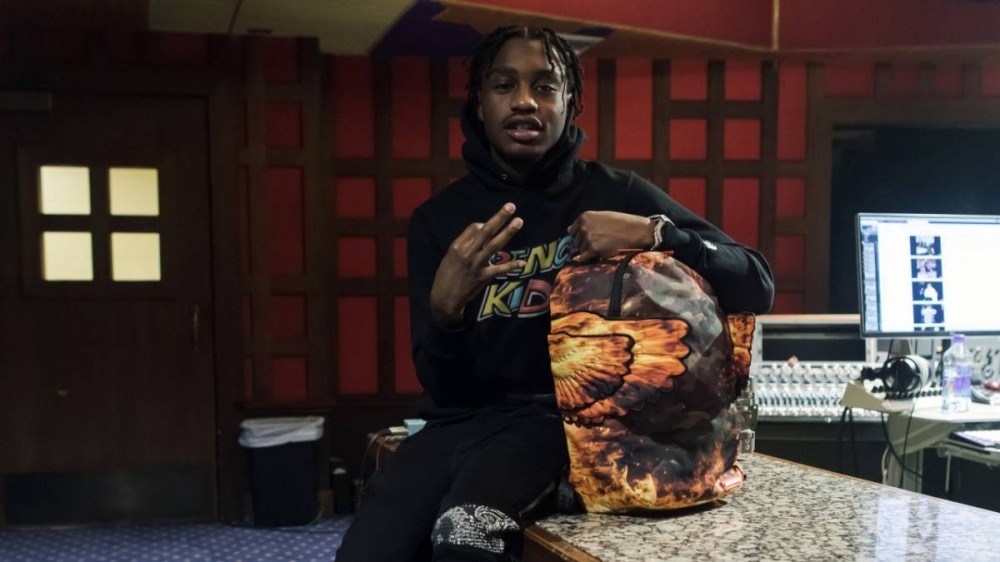 Lil Tjay has partnered with Sprayground for a four-piece ‘Heatwave’ collection.

The limited edition set includes two backpacks, a toiletry bag and a lunch box that all feature Sprayground’s signature “shark mouth” logo in flames with a camo background. And as usual for the popular accessory company, there are plenty of hidden compartments for just about anything you may need to pack up. In a statement, Sprayground’s founder and creative director David Ben David praised the “Leaked” rapper and emphasized the limited release.

“It’s been so fun working with Lil Tjay – he had a great vision, which made designing this bag even more exciting,” David said. “We are pumped to get this bag out to Sprayground and Lil TJay fans alike, it’s a limited edition collection – once it’s gone, it’s gone, so be quick! ”

The collab comes just days after the release of Tjay’s new song “Calling My Phone” with 6LACK. The track has already been performing well on streaming providers, reaching No. 1 on iTunes and RapCaviar just hours after its release. In a tweet previewing the track in December, the Bronx native speculated it could be his biggest hit yet.

“Finished my whole part last night…I think this might be the one,” he wrote.

Finished my whole part last night…I think this might be the one. 🙏🏾🤞🏾 pic.twitter.com/X1BdwWbUnM

Watch the video for “Calling My Phone” below. Tjay’s Sprayground collection is now available on their website.