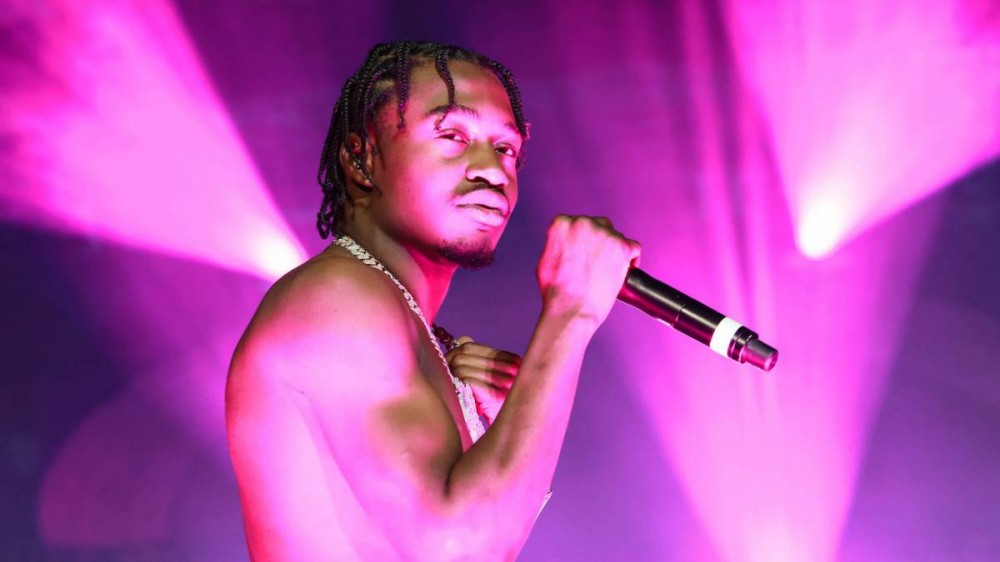 Southampton, UK – Lil Tjay found himself on the wrong side of an Instagram highlight overseas.

In footage shared to No Jumper’s Instagram page, the New York rapper can be seen surrounded by individuals in London after a performance at the O2 Arena. Wearing a black hoodie with matching jeans, Tjay can be seen at the end of the clip yelling at the people who attempted to attack him. Although it’s unclear whether Tjay instigated the fight or was the victim, the “Calling My Phone” rapper made sure he walked away from the fight on his own two feet, telling police and security guards attempting to break it up not to touch him.

Lil Tjay is currently scheduled to perform in Manchester at Academy on November 16 as part of the European leg of his Destined 2 Win Tour. It remains to be seen whether the rapper will face any legal ramifications for being involved in the fight but he’s pressing forward by selling out shows he “never heard of before.”

When the primary focus is music, Lil Tjay has blossomed into a major player in Hip Hop. His Destined 2 Win album debuted at No. 5 on the Billboard 200 chart, and “Calling My Phone” featuring 6LACK peaked at No. 3 on the Billboard Hot 100 chart, the highest position singles-wise for both artists. However, Tjay has found himself in legal trouble as well. In December 2020, he was arrested on charges of criminal possession of a weapon, marijuana possession and grand larceny after police pulled over his vehicle and discovered drugs and a gun.