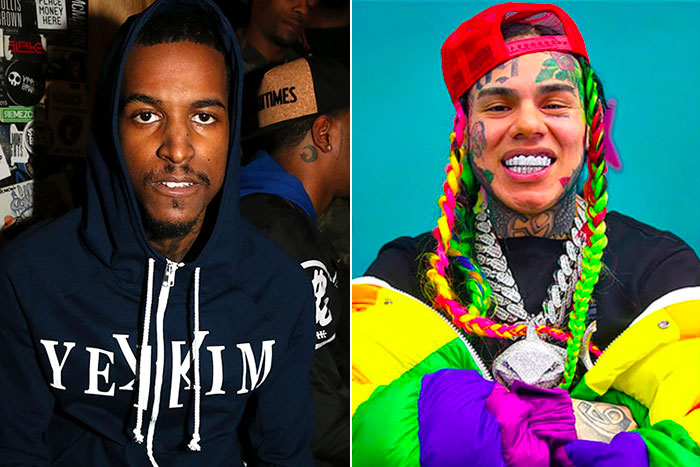 6ix9ine and Lil Reese are at odds again.

Earlier this week, 6ix9ine reignited the feud when he visited Chicago and shared video of himself walking down the street while announcing a release date for his new album TattleTales. At one point, he pours out liquor from a bottle while paying “respect to all the fallen soldiers.” Someone off camera laughs and tells him to keep pouring because “a lot” of people died.

Reese, who has criticized Tekashi in the past, responded in the comments after seeing 6ix9ine in his hometown. “I heard you just tried to sneak on block bro lol don’t lose yo life playing on internet 69,” wrote the Chicago rapper, prompting Tekashi to clap back: “I seen a video of u shitten on yourself :(.”

6ix9ine continued to troll Reese by sharing a reenactment of the alleged incident. “Chicago ni**as really think they the shit,” he captioned it.

According to Complex, Reese fired back on his Instagram Story. “You got extorted then rat on yo whole crew bitch stop playin wit me lil n***a you whole pussy out here that same ni**a got bullets holes for fucking around I don’t trick,” he wrote.

Reese continued to take shots at Tekashi on Twitter. “That ni**a a bitch i a never go out like a pussy that ni**a on a bald head lil trick ass Mexican…” he tweeted Friday.

On Instagram, Reese also addressed 6ix9ine and his snitching. “You a fuckin [pig] tired to trick us like you was a blood like you was a killer got in that court room and went out like we expected you 2,” he captioned his post.