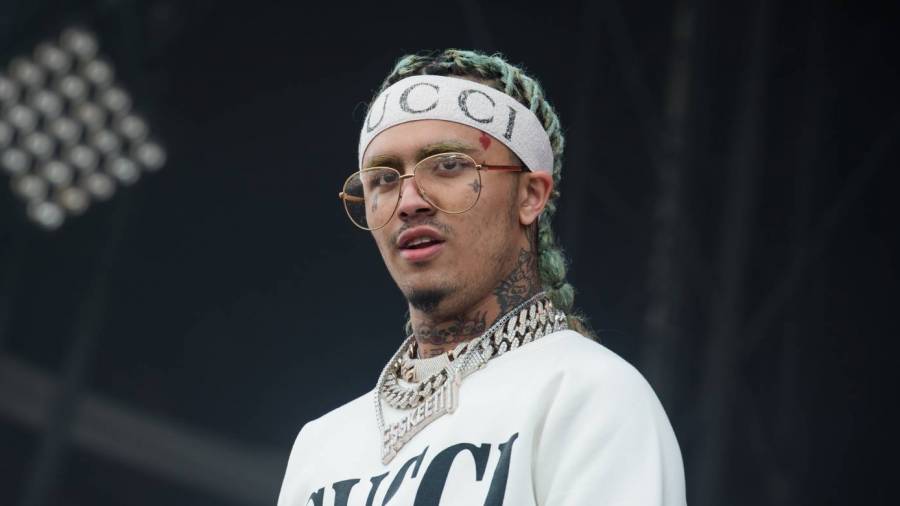 Lil Pump had a breakout year in 2018 thanks to his song “Gucci Gang,” but it doesn’t look like he was the best citizen he could be. When rappers have a productive year, the money comes in, but not all of them handle the taxes they have to pay back to the IRS.

According to court documents obtained by RadarOnline, Lil Pump is the next rapper to plummet in tax hell as the IRS reported the Miami, Florida native was hit with a hefty federal tax lien.

The IRS filed the lien against Lil Pump’s $5 million Miami mansion and revealed Pump missed a $1,676,738.65 payment on his 2018 bill. If Lil Pump doesn’t pay the tab, the IRS warned him they’d be coming to seize his property.

“Gucci Gang” peaked at No. 3 on the Billboard Hot 100 and has been certified 5x-platinum by the Recording Industry Association of America. It currently stands as his highest-charted single to date.

This isn’t the first time Pump was hit with a large tab as he dealt with this issue back in 2019. In that year, Pump failed to pay back $89,378.69 in taxes but he tried to deny the bill in 2021 on social media with a post showing off some expensive jewelry.

“Do not believe the internet, that shit is all cap bro,” Pump said. “90 thousand that is on my wrist right now. Another 90, that’s on my neck. Don’t play with my body. Look, I have made over 15 million dollars, you know what the tax bill on 15 million dollars is? Bitch, 90k ain’t shit to me. Stop playing with my body.”

In August, American Express sued the Harverd Dropout rapper and his company Lil Pump Touring for a breach of contract and failing to pay a $26,233.34 bill. American Express is seeking full damages plus interest.