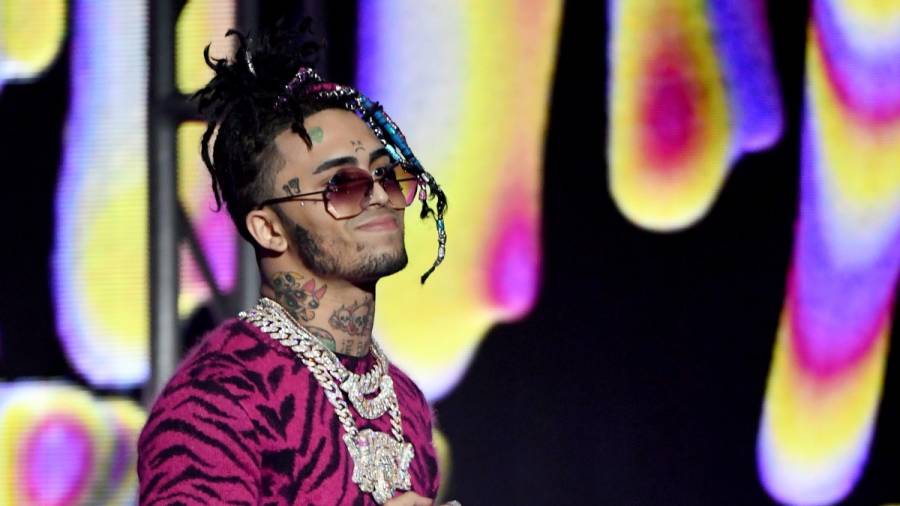 Lil Pump didn’t have any holiday greetings for Eminem on Christmas Eve.

Instead, the 20-year-old rapper (real name Gazzy Garcia) evidently thought insulting the diamond-selling MC was a better idea. On Thursday (December 24), Pump hopped on Instagram Live with a message for Shady.

“Hey fuck Eminem, you is lame as hell,” he said with a smirk. “Ain’t nobody listening to your old ass. You lame as fuck, bitch. I woke up on some bullshit. I’m back on my fuck shit.”

Despite Pump’s claim “nobody” listens to Eminem, his album sales suggest otherwise. The Detroit-bred “rap god” has released 11 studio albums over the course of his illustrious career, resulting in over 100 million copies sold.

With the release of January’s Music To Be Murdered By, he set a new Billboard 200 record, earning 10 consecutive No. 1 albums. But as they say, all good things must come to an end. On the night of Thursday (December 17), Shady dropped a deluxe version of the project, Music To Be Murdered By: Side B. Boasting 16 new tracks, the updated version featured DJ Premier, Ty Dolla $ign, MAJ and White Gold, among others.

But even with Eminem’s Midas touch, it reportedly isn’t enough to secure another No. 1. According to Hits Daily Double, Side B is projected to sell between 70,000 and 80,000 total album-equivalent units, which would put him at No. 3 on the Billboard 200, right behind Taylor Swift and Paul McCartney.

If those numbers are correct, it would mark the first time a Shady album didn’t land in the coveted spot since 1999’s The Slim Shady LP, which debuted at No. 2.

Pump’s verbal assault against Eminem is seemingly his latest attempt at holding on to some kind of relevance in the rap space. After publicly endorsing Donald Trump in October, he was introduced as “Lil Pimp” by the outgoing president during one of his political rallies a month later. He then attempted to capitalize on the moment, dropping a single called “Lil Pimp.”