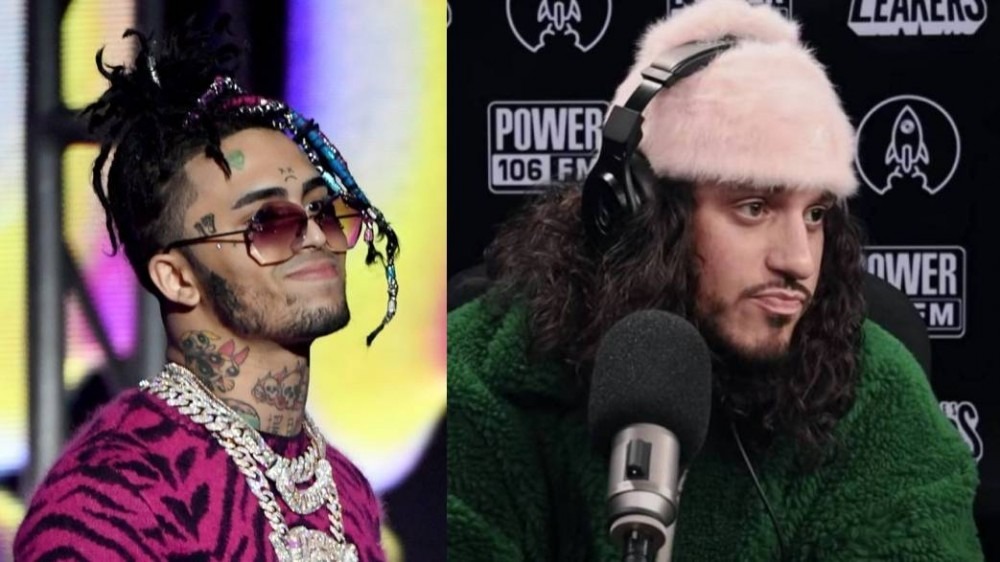 Lil Pump unleashed on fellow rapper Russ after he canceled his European tour due to mental health issues. On Sunday (August 28), Russ shared a statement to his Instagram account explaining why he needed to take some time off and focus on himself.

“I have to cancel the European tour,” he wrote in part. “I could make up excuses so that I don’t lose money but the reality is mentally I feel like shit. In the last 24 hours shit happened that has led to some extremely lonely and empty realizations about things in my family life that have my head feeling like it’s gonna burst.”

Russ went on to say he would understand if people no longer want to support him and expressed how sorry he was for disappointing his European fans. But Lil Pump wasn’t buying it. The Miami-Dade County native hopped on Instagram Live and ridiculed Russ for backing out.

“You think you got mental health issues?” he said. “I’m from Dade county, bitch. I was born with mental health issues. How about you fucking deal with it and stop being a fucking pussy? And you know damn well who I’m talking to, boy. Your ass canceled just canceled the whole Europe tour, bitch. Stop fucking canceling shit, hop on that fucking plane and go do your shows you fucking pussy.”

Russ and Lil Pump have a contentious past. In 2017, they got into it over Russ’ anti-drug stance. After sitting down with J. Cole to discuss their particular issues in 2018, Pump turned his attention to Russ with a tweet that read: “ME & J COLE COOL NOW SO NOW ITS FUCK RUSS.”

ME & J COLE COOL NOW SO NOW ITS FUCK RUSS

The following year, Russ told Joe Budden that Lil Pump was essentially to blame for the downfall of Hip Hop. As he said at the time, “Basically, what’s happened is you’ve allowed 13-year-old white kids to tell the world what hip-hop culture is. That’s the problem.

“I’m done biting my tongue with the shit. There are people like the Lil Pumps, the Smokepurpps and just the people who are using the fact that hip-hop is the coolest thing to be doing right now. They’re using that as a marketing tool to be buffoons.”

Lil Pump has been relatively quiet on the music front, while Russ just appeared on the Black Thought and Danger Mouse album Cheat Codes that dropped on August 12. But as he concluded in his post, he “needs time to make sense of certain things” and put himself first.