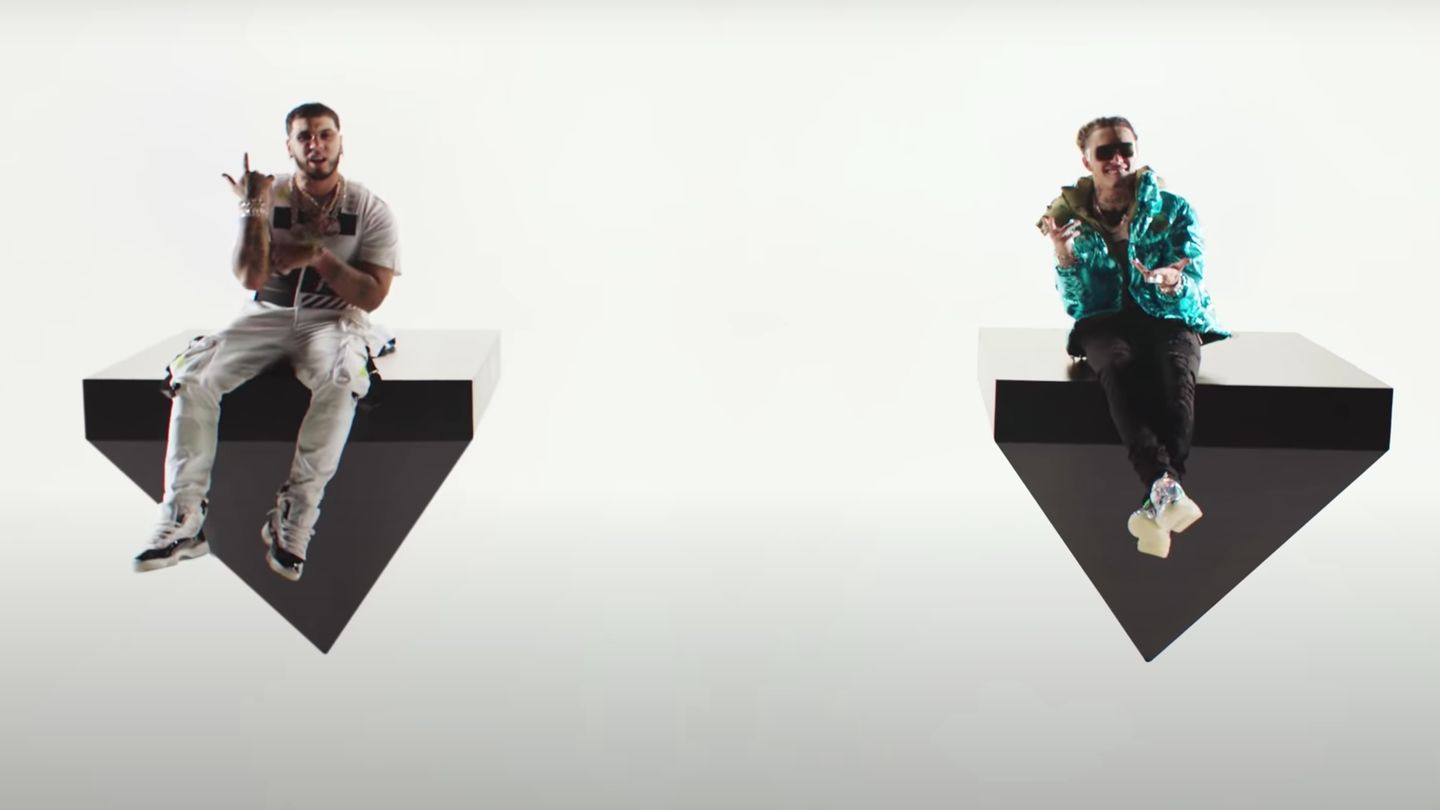 Lil Pump, the famous dropout of Harverd University, probably knows a thing or two about secret societies thanks to his collegiate studies. He flaunts this academic knowledge on his new track, "Illuminati" that arrives as a collaboration with Anuel AA. In its flashy accompanying video, the two attend a funeral and get into a rap cypher with masked cult members. With all manner of goats, snakes, and triangles all over this clip, there's more than enough for a YouTube conspiracy theorist to get a ten-minute video out of it.

"Illuminati" is all in good fun. Lil Pump and Anuel AA are getting so much money, and having so much fun, that, per the usual accusation when this happens, they have to be members of the secret society that's officially defined as a group that claims "to possess special enlightenment or knowledge of something." Their raps on the song practically laugh this off as they brag about what their lives are like now.

For starters, Anuel AA is an untouchable millionaire that wears Gucci. He's so fresh to death that in the video, he's literally rapping from a coffin as friends and family mourn him. They clearly can't see that he's alive and well because he's going as hard as he can from his comfortable box, making angry rapping faces to the camera.

While Anuel AA is providing the music for his own funeral, Lil Pump is serving up his own sounds in the middle of a cypher. The rapper goofily grins and dances while he brags about possibly buying a Bugatti if he wants to tomorrow. He's also planning on getting a new watch that costs $180,000. His accountant is probably going to fall out of their chair after hearing this verse. Both of their accountants need to stage some kind of financial intervention after sitting through the entire song.

"Illuminati" is Lil Pump's latest following his 2019 sophomore studio album, Harverd Dropout. There's no word on whether this will appear on a forthcoming project or not. Earlier this month, the rapper previewed a rock song that suggests that he is working on something big.

Check out Lil Pump and Anuel AA's 'Illuminati" video up above.