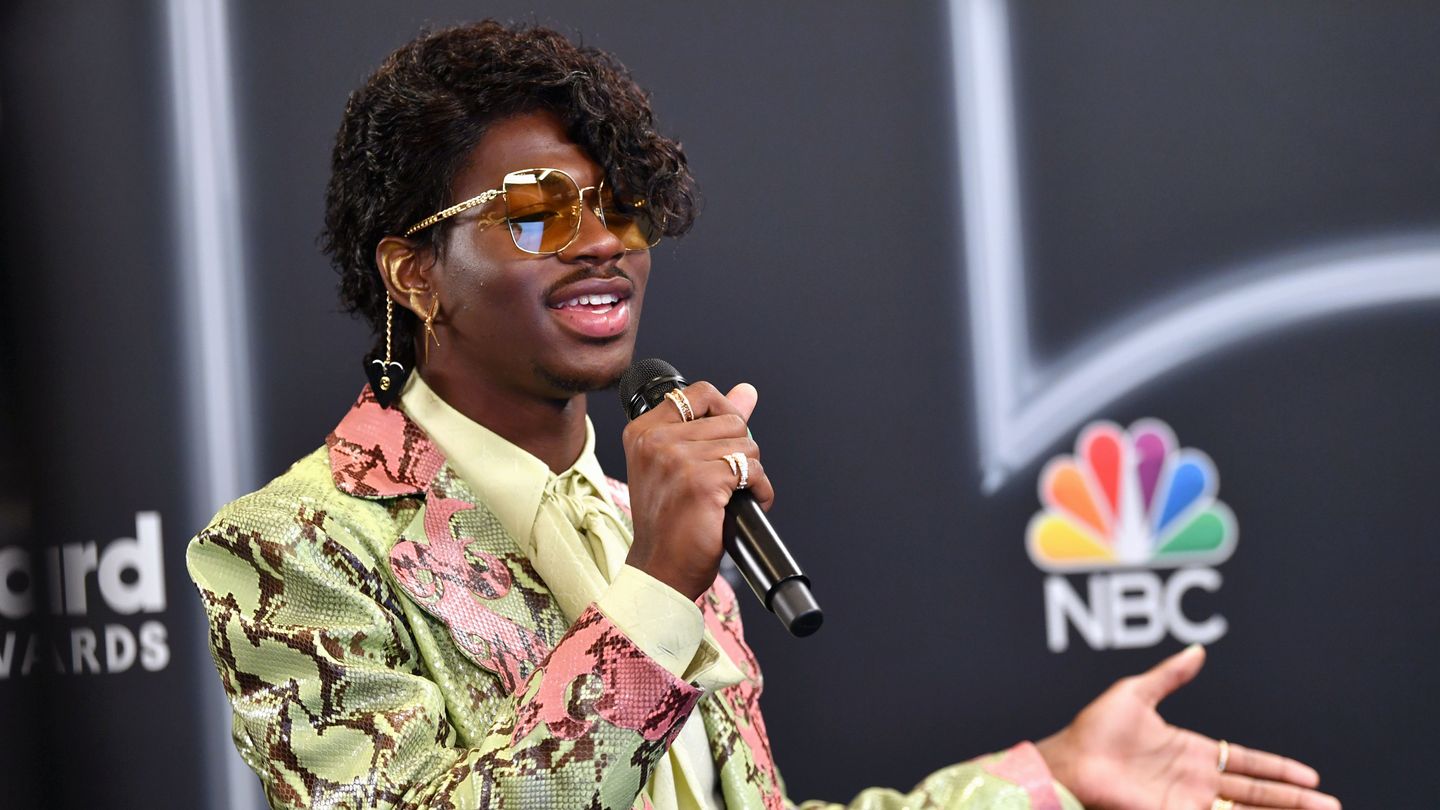 Christmas is only 46 days away, but luckily, you won't have to wait that long for a gift from Lil Nas X.

Yes, the "Old Town Road" artist and chart-history maker is back, and this time, he's got more than just the horses in the back. If the trailer for his upcoming new single "Holiday" is any indication, this time, he's got just about every present in the world, as well as whatever else fits in Santa's sleigh.

Like Tim Allen popping out a jolly Kris Kringle gut in The Santa Clause, Lil Nas X marks the trailer by adopting a long beard, a trademark red-and-white hat, and those tiny bifocals before hopping on St. Nick's sled, guided by his reindeer. But where's Santa himself? Unfortunately, the big man's been tossed out of an Old West saloon for going a little heavy on the sauce.

Naturally, Lil Nas X has picked up the reins, teasing "Holiday" with Back to the Future Part III-style graphics and font, and even a surprise cameo from star Michael J. Fox himself. ("Whatever you do, Nas," he warns, seemingly in character as Marty McFly, "don't go to 2020.") Christopher Lloyd, who portrayed Doc Brown, even shouted out his best wishes on Twitter: "Always remember @lilnasx, the future is what you make it!" Also, back in 2019, Lil Nas X hyped his then-forthcoming "Old Town Road" video to MTV News by saying "Back to the Future III," and here we are!

In the tease, "Holiday" thuds along with booming drums and a futuristic funk bass sound, and it's likely it'll appear on either his upcoming debut album or its accompanying mixtape — both of which he teased over the summer with an invitation for musicians to submit their beats. As per a tease he threw out on social media in September, the album is set to feature songs called "Call Me By Your Name," "One of Me," "Titanic," and "Don't Want It."

In all likelihood, the album will drop in 2021, and as he wrote to a fan on Twitter, he feels like it's worth the wait for all his hard work: "sorry guys i honestly wanted to just drop the album but then it's like drop album, 2 singles off it, then album era over ? for something i've been working on for 2 years. it's almost not fair to myself."

"Holiday" is out this Friday, November 13. Check out the cinematic teaser above.