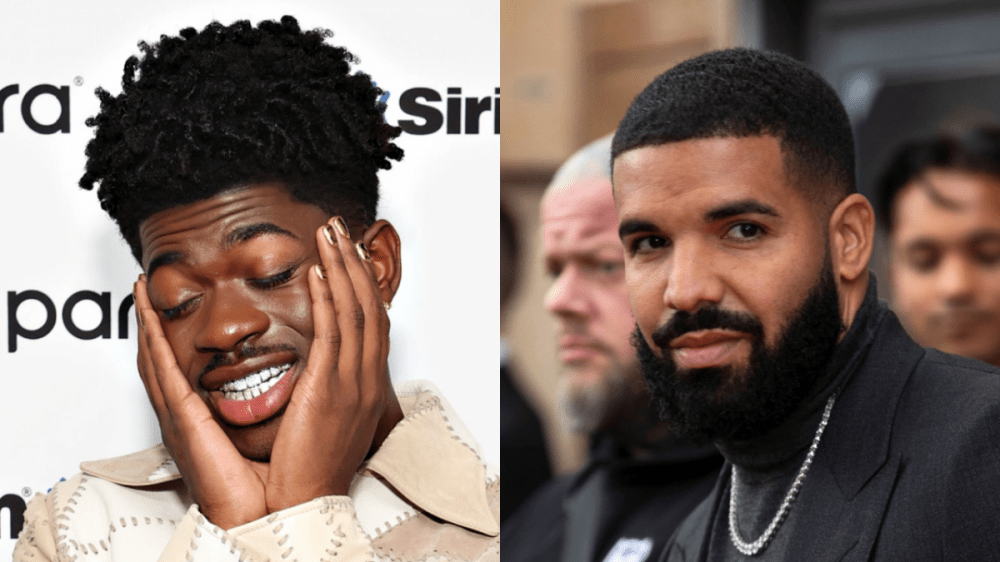 Lil Nas X released his debut album MONTERO on Friday (September 17), and the project is on pace for a big opening week on the Billboard 200 — but likely not big enough to top the chart.

Judging by early sales projections, Lil Nas X is set to lose out on scoring his first No. 1 album thanks to Drake‘s Certified Lover Boy, which is set to hold on to the top spot for a third consecutive week.

Previously, Certified Lover Boy shifted over 613,000 total album-equivalent units in its first week — the biggest sales week of 2021 by far — before adding around 236,000 sales to that sum in its second week.

If HITS Daily Double‘s latest projections are accurate, Drake’s total Certified Lover Boy sales will pass the one million-mark by its third week, making it eligible for platinum certification.

A No. 1 album isn’t the only thing Drake has denied Lil Nas X. The “Industry Baby” rapper recently revealed in a Breakfast Club interview he tried to secure features from Drake and Nicki Minaj on MONTERO but was unsuccessful.

“Drake replied ’cause you know Gee Roberson’s my manager,” he explained. “He was still working on Certified Lover Boy and whatnot and he was 100 percent focused on that. This was like a few weeks ago and I understood completely, and he said he’s down to do something but [it was] just not the right time. He was trying to get his own shit together.”

MONTERO‘s projected Billboard 200 debut will match Lil Nas X’s last project — 2019’s 7 EP — which also peaked at No. 2. The EP sold approximately 77,000 first-week total album-equivalent units and was nominated for the prestigious Album of the Year award at the 62nd Annual Grammy Awards.

Elsewhere on the Billboard 200, Kanye West’s Donda, which previously earned Mr. West his ninth No. 1 album, is set to fall from No. 2 to No. 3 behind, while Doja Cat’s Planet Her is expected to hold firm at No. 6.