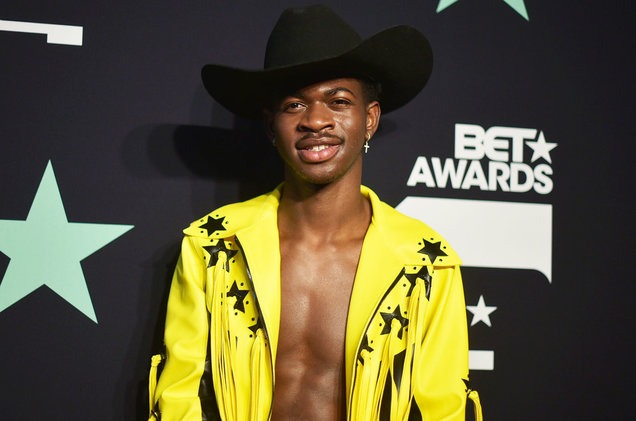 Lil Nas X is off the market and the “Old Town Road” artists thinks his current partner is “the one.”

Lil Nas graced the cover of Variety’s Power of Young Hollywood issue to discuss the evolution of his career and his sexuality. The outlet describes him as “an outspoken and empowered gay man unafraid to express truth in his art.”

The 22-year-old explained how the COVID-19 pandemic impacted the trajectory of his career and helped him be more in tune with himself ultimately improving his confidence.

“Honestly, I believe the pandemic helped me get out of the idea of trying to please everybody, and the idea of ‘He’s a cool gay person; he’s an acceptable gay person. I used to see things like that as a compliment, but it’s not. It just means you’re a people pleaser, and they never become legends. I wanted to be even more authentic in my music and let people into my life. I’m much more confident now — in my music, myself, my sexuality, the things that I believe that I stand for.”

Lil Nas even opened up about his first boyfriend in a rare comment. “I was 18, I believe,” he shared. “Before that, there was a guy who wasn’t my boyfriend, but we met in middle school and we talked, after we both found out that each other were gay. But I didn’t act on anything until high school — well, middle school, but then high school.”

He continued, “Once I was 17 or 18, I finally accepted it — like, for sure accepted it, slowly, more and more — and now I’ve grown into a person that is 100% open with it. I’ve had some good boyfriends and some bad ones,” he continued. “A lot of them were emotionally unavailable or had a lot of insecurity and what not…I’ve found someone special now. I think this is the one. I can’t explain it — it’s just a feeling.”

Lil Nas X has found himself in the center of DaBaby’s homophobia controversy and while he didn’t directly address the topic, he revealed that he had to beef up on security.

“The honest truth is, I don’t want to speak on a lot of the homophobia within rap because I feel like this is a very dangerous playing field,” he said. “It’s more for my own safety rather than anything else.”