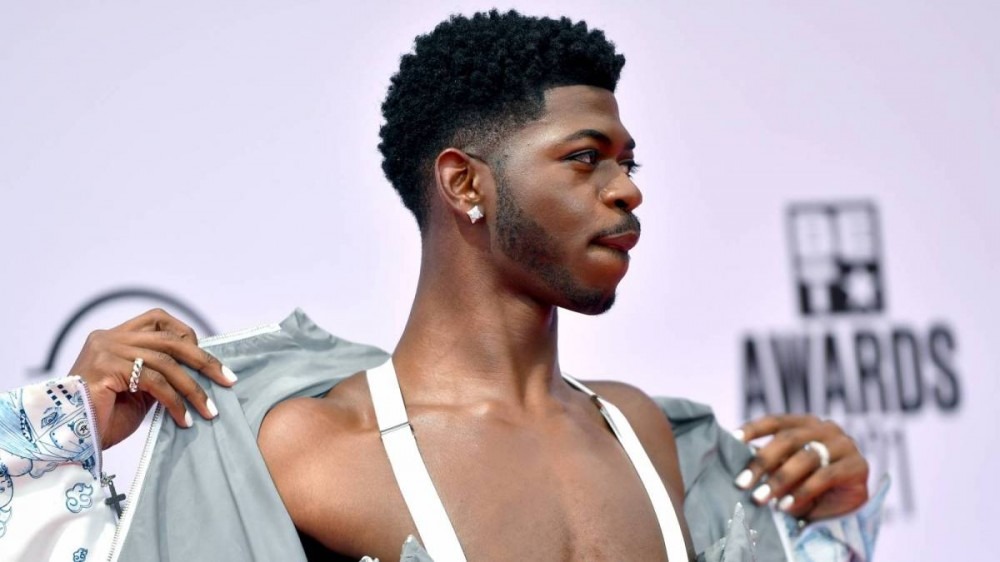 After spoofing Drake’s album cover using 12 pregnant men emojis, Lil Nas X has taken it to a whole other level with a pregnancy photo shoot. And yes, he’s the expectant father.

On Thursday (September 2), the 22-year-old Grammy Award winner shared a series of photos to his Instagram account that included a very pregnant belly and a sheer white ensemble — complete with a flower headpiece.

“SURPRISE!” he wrote in the caption. “I can’t believe I’m finally announcing this. My little bundle of joy ‘MONTERO’ is due September 17, 2021.”

Shortly after he shared the YouTube video that revealed the guest features, Twitter started criticizing Lil Nas X for not including any Black male artists. But Kid Cudi quickly hopped in the conversation to remedy the situation, tweeting, “N-gga ill work w u and frolic in rose gardens w u singin about my pain,” a reference to the utopian cover art for MONTERO.

Lil Nas X replied, “u heard it here first everybody kid cudi x lil nas for montero deluxe.” They then asked MONTERO producer Take A Day Trip to “set it up.”

As noted above, MONTERO is expected to arrive on September 17, while CLB is dropping on Friday (September 3).