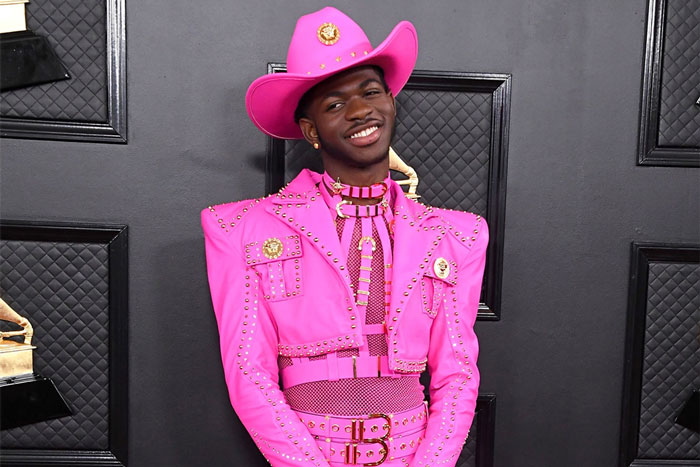 Can’t nobody tell him nothing.

Fresh off his two Grammy wins, Lil Nas X is responding to a homophobic rant from Pastor Troy, who tried to explain the reason why he “won’t be winning a GRAMMY.”

The Atlanta rapper posted a photo of the “Old Town Road” hitmaker in his pink Versace Grammys outfit on Instagram along with a lengthy caption. “Welp, Guess I won’t be winning a GRAMMY…If this what I gotta wear,” he wrote. “They love to push this shit on Our Kids!!”

He also recalled watching a gay couple “kissing and laughing eating mozzarella sticks” in an Applebee’s commercial. “First Thing My 14 yr old Son said was, ‘F**** Applebee’s’ And It Brought Joy to My Heart!!” he wrote. “He sees it…their agenda to take the masculinity from Men, Black Men Especially. Some may say, ‘He Making Money!!’ Rupaul do too, but I ain’t bumping his CD!!! Integrity is Priceless. Y’all Better open that 3rd Eye and let your Sons Know What Is Real…Or They Ass Gone Be Headed Down That Old Town Road Foreal!!”

But Lil Nas had the perfect response to the ignorant remarks. He retweeted a screenshot of Pastor Troy’s tirade, writing, “Damn I look good in that pic on god.”

damn i look good in that pic on god https://t.co/dIIKzTFa6X

Troy later addressed the controversy in a video. “It worked! It worked perfectly ’cause now all these fa**ots on my page and they wanna fight me,” he said. “See, that’s that male aggression coming back out ya. It’s in you, you just gotta let it hang out. Now you wanna fight. That’s what I’m talkin’ about. Be a man.”

He ended with, “There’s a war going on. Y’all better get to fighting.”

Lil Nas X won two awards at Sunday’s Grammys including Best Pop/Duo Group Performance and Best Music Video for his record-breaking hit with Billy Ray Cyrus. He also hit the stage to perform “Old Town Road” with Cyrus, BTS, Mason Ramsey, and Diplo, and debut the remix to “Rodeo” with his namesake Nas.