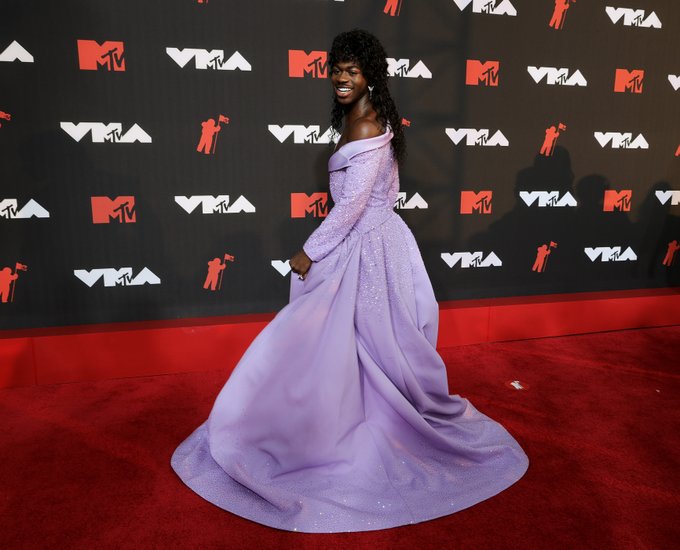 This year’s MTV Music Video Awards was nothing short of a great production. Each entertainer made sure to step out and leave their mark. Speaking of stepping out, Lil Nas X dropped fans’ mouths after his red carpet appearance in a purple Versace ensemble. The singer paired the single-breasted tux dress with a mullet and some icy accessories.

When asked about the inspiration behind his attire, the singer stated that he “wanted to mix masculine and feminine energy together… and boom, there it is!” While some love Lil Nas X’s bold red carpet look, some audience members would not say the same. It wasn’t until a red carpet host, Jamila Mustafa, commented on the singer’s outfit, giving mixed reviews on what exactly she meant by social media users.

When Nas asked if he looked good, Mustafa responded, “Listen I’m not going to say I’m hating on the fit but.. let’s move on.” Many supporters of Lil Nas X shaded the interviewer. Still, Mustafa seemingly responded to the hate by sharing a video of someone explaining that the response was actually a compliment on her Instagram.

While people may not like his outfits, it is sure that people like his music. Lil Nas X won the awards for  “Video of the Year,” “Best Direction,” and “Best Visual Effects” for his single, “Montero (Call Me By Your Name).”

What do you think of Lil Nas X’s outfit? Check it out below.