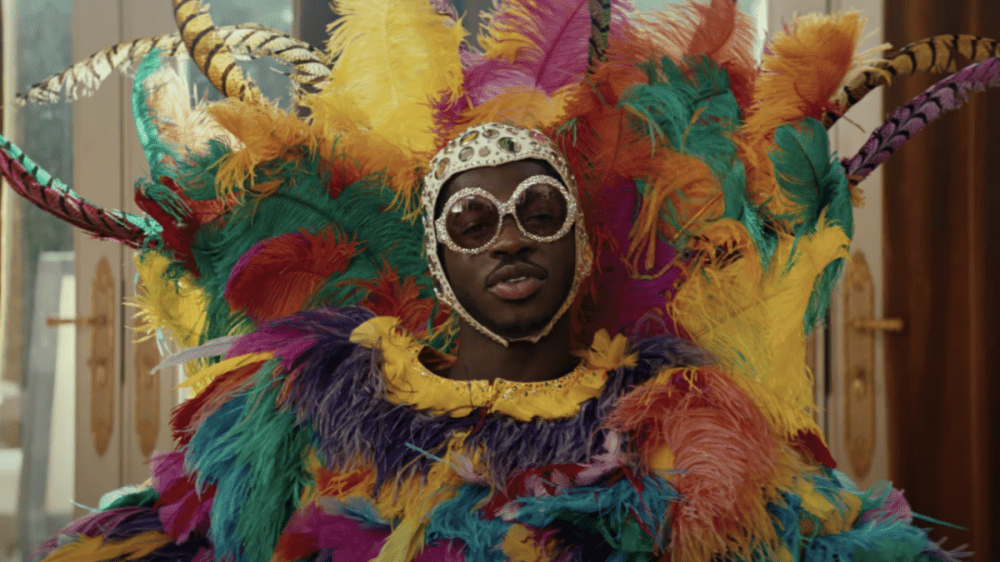 While Lil Nas X and Elton John will join forces for a genre-blending collaboration on MONTERO, they also teamed up for an Uber Eats commercial promoting the company’s Tonight I’ll Be Eating campaign, which dropped on Thursday (September 9).

Lil Nas X sits on the throne in a flamboyant outfit decorated with colorful feathers making up an extravagant rainbow. He orders the lobster ravioli with shaved truffle and it magically appears out of the sky like a loadout box in Warzone.

Elton John enters the fray donning an astonishing pink suit with a cowboy hat and pays Lil Nas X a compliment. They end up going back-and-forth hyping each other’s outfits up until the legendary musician finally accepts the kind gesture.

The “INDUSTRY BABY” artist will also be returning the favor when he provides a feature on Elton John’s forthcoming The Lockdown Sessions. Other rappers enlisted to make guest appearances include Nicki Minaj, Young Thug and talented crooner 6LACK.

Watch the ad below and wait for Boosie Badazz‘s response.