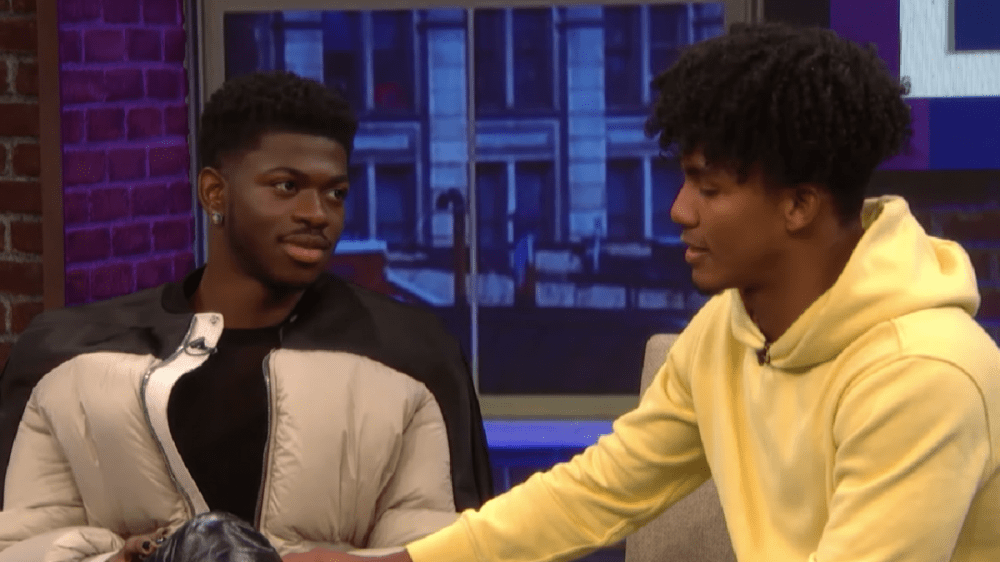 Lil Nas X is laying the blueprint when it comes to using social media and marketing himself on the internet as an artist in the digital streaming age.

For his latest entertainment ploy, the MONTERO rapper finds himself entangled in a love triangle on The Maury Show, which aired in full in Wednesday (November 17).

Inspired by the plot of his “That’s What I Want” video, the relationship drama involves Lil Nas X and a gay lover named Yai Ariza, who happened to have a wife named Ashley and a four-year-old kid at home.

“I have a big heart and I want somebody who loves me,” Lil Nas X says in the skit. “I need to know whether he wants to be with me or her.”

The “Old Town Road” artist is then joined on stage by Ashley as he informs her of his relationship with Yai. Nas reveals they’ve been seeing each other for nearly two months after developing a chemistry as teammates on the football field.

“He’s only with me because he knows that baby isn’t his,” Lil Nas X reveals. “Me and Yai have been together for about a month and a half. We’ve fallen in love with each other. I just wanted to tell you before he could.”

At that point, all hell breaks loose on set. Yai eventually joins the fray and the result of his paternity test is unveiled, which shows he is not the father of Ashley’s four-year-old son.

Yai then gets down on one knee to propose to Lil Nas X, but Maury interrupts the craziness to let the Atlanta rapper know that Yai failed a lie detector test, exposing him for being with more than 10 partners romantically.

The Grammy Award-winner then sprints backstage in disgust as the scandalous skit comes to an epic close. Watch all the Maury Show madness unfold below.