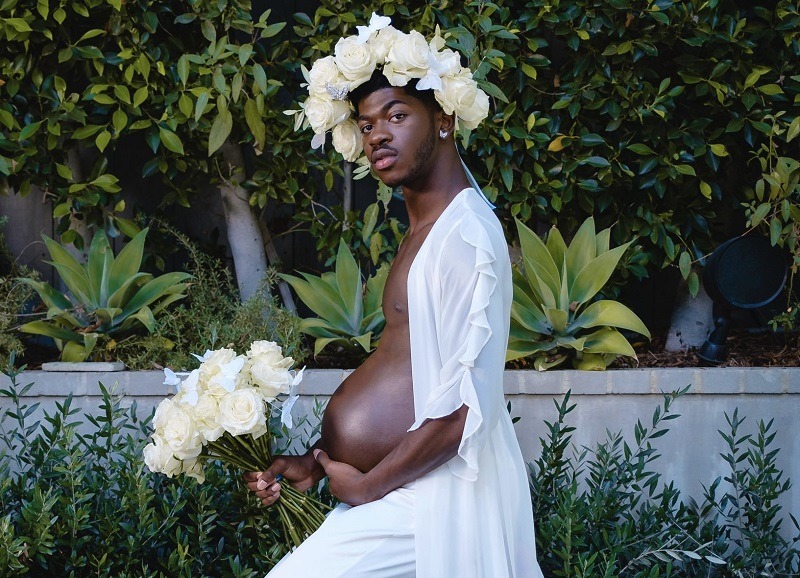 If there is one thing that Lil Nas X does often and well, it’ll be trolling. We are a few weeks away from the arrival of his debut album, Montero, and the “Old Town Road” artist is not taking his foot off the gas anytime soon.

He has made headlines with provocative visuals, a Nike lawsuit, a pants-ripping performance on SNL, and more throughout the year. With the rollout in full swing, Lil Nas X will keep the audience entertained and talking.

He recently followed up his re-make of Drake’s pregnant emoji-ridden cover art for Certified Lover Boy with one of his own. Instead, emoji-men were holding their pregnant belly. That was only a preview of what would come next.

On Thursday, Lil Nas X took to social media to reveal pregnant pictures for the upcoming delivery for MONTERO.

“SURPRISE,” he tweeted, “I can’t believe I’m finally announcing this. My little bundle of joy ‘MONTERO’ is due September 17, 2021.”

Even Maury Povich jumped in on the fun with his renowned catchphrase.

HOW IT ALL CAME TOGETHER

Drake would release his CLB cover as a perfect setup for the maternity shoot photos, as timing would have it.

With the delivery of his baby on the way, Lil Nas X says, “finally found a great balance between being as real as possible within my music and making a hit song.”