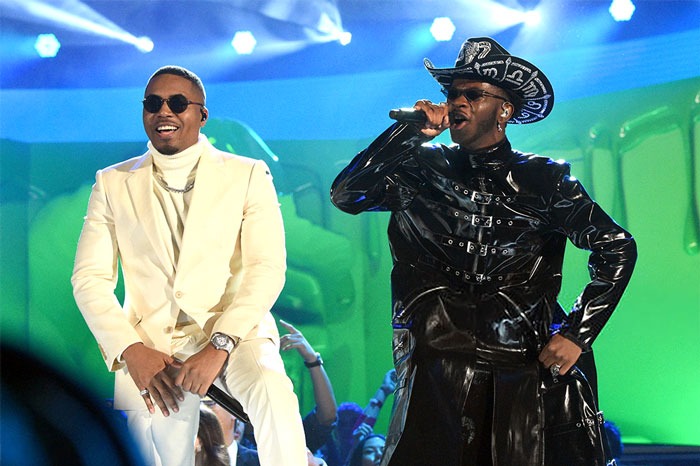 Fresh off his two Grammy wins and performance, Lil Nas X taps his namesake Nas for the official remix to “Rodeo,” the latest single off his Grammy-nominated EP 7. The rap don blesses the country-flavored track with his OG swag.

Earlier in the evening, Nas X brought out Nas to perform the song for the first time at the Grammys, where he was also joined by Billy Ray Cyrus, BTS, Diplo, and Mason Ramsey. He also took home two Grammys for Best Pop/Duo Group Performance and Best Music Video for “Old Town Road.”

Last year, Lil Nas revealed that he was thinking of changing his stage name in response to backlash from those who thought he was disrespecting Nas. “nas is a legend and i never meant any disrespect by my stage name,” he tweeted. “i actually might change it in the future.”