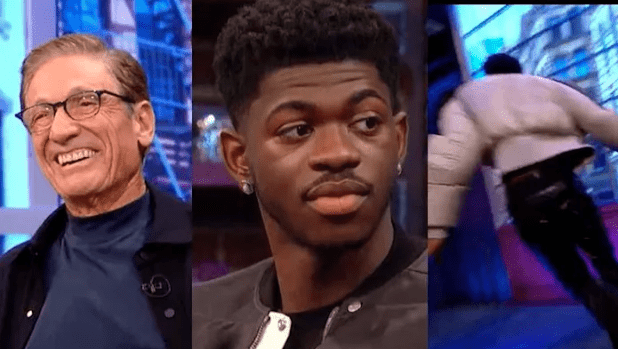 Rapper Lil Nas X is airing out his relationship drama on the infamous daytime show The Maury Show.

The 22-year-old “Industry Baby” artist’ will appear on the November 17th episode to confront his now ex-boyfriend, Yai Ariza.

If the teaser is any indication, Yai has a lot of explaining to do.  The trailer shows Nas finding out whether Yai was married while they dated, as well as Maury revealing the woman has a four-year-old child and asking her, “Is Yai the dad?”

“Yai have been together for a month and a half,” Lil Nas X declares to the audience, to which the woman snaps back, “You’re a liar!”

Yai shared the trailer to his instagram with a pair of laughing emojis.

As for Nas, in an interview with SiriusXM’s Hits 1 LA at the time, at least as October he said the pair were still on good terms, “literally the best person that I’ve ever dated.” Adding, “We may date again I’m sure.”

Reportedly Ariza eventually agreed to a paternity test to find out if he’s really the father of the woman’s four-year-old child.

Check out the teaser below and tune in Wednesday to see Lil Nas X on The Maury Show.