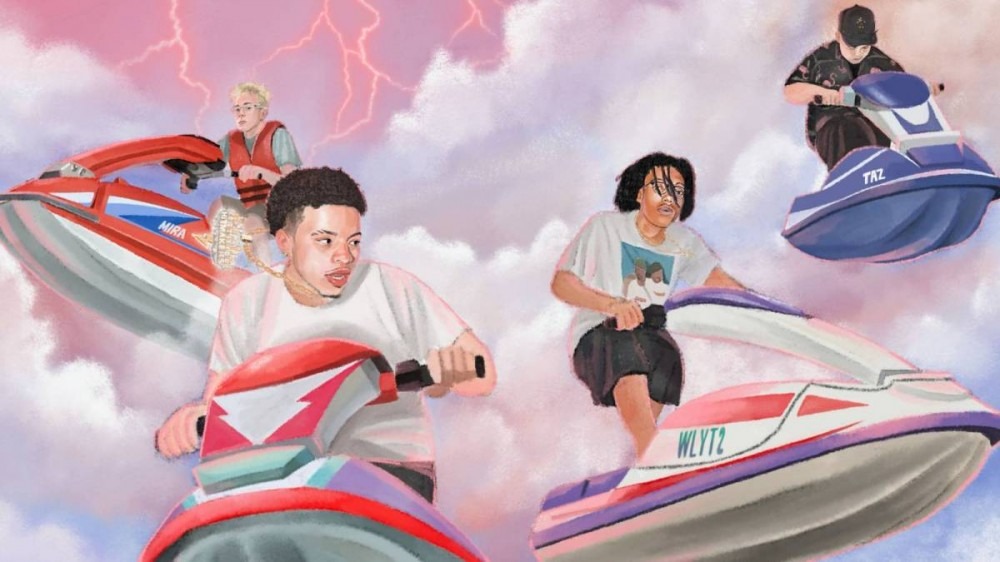 The creatives at Internet Money are attempting to climb the Billboard charts once again with a brand new single. On Friday (March 26), Internet Money linked up with Lil Mosey and Lil Tecca for their first song of 2021 titled “Jetski.”

For their first single of 2021, Internet Money brings the vibes with an anthem fit for the upcoming summer months. The Nick Mira-produced beat features the superstar producer’s signature guitar melodies and finds Lil Mosey and Tecca trading bars, bragging about their individual successes.

“Yeah, they tryna ride the wave like a jet ski/100 bitches on my line tryna sex me/Yeah, my pockets gettin’ full, gettin’ hefty,” Mosey sings on the hook.

Tecca, on the other hand, comes in speaking on his money aspirations with lines such as, “I’m countin’ seven, yeah, I want like three more figures/And with all the baddies, I’m a be the same old n-gga/They gon’ hate you now, that’s how the game go, n-gga (Brrat, brrat, brrat)/They ain’t in my mind, lil’ bitch, yeah, I’m a go-getter.”

This marks the first time Lil Tecca and Lil Mosey worked on a track together. In the early stages of their careers, trolls on social media tried to pit the two against each other. Although various subliminals were fired on both sides, apparently everything is all good between the two young rappers.

Internet Money’s debut album B4 The Storm was released in August 2020 and peaked at No. 10 on the Billboard 200 chart. B4 The Storm has also just been certified gold by the Recording Industry Association of America (RIAA). The certification is another accolade in Internet Money’s stacked résumé, including platinum plaques with Juice WRLD, XXXTENTACION, Lil Tecca and more.

Check out “Jetski” below.