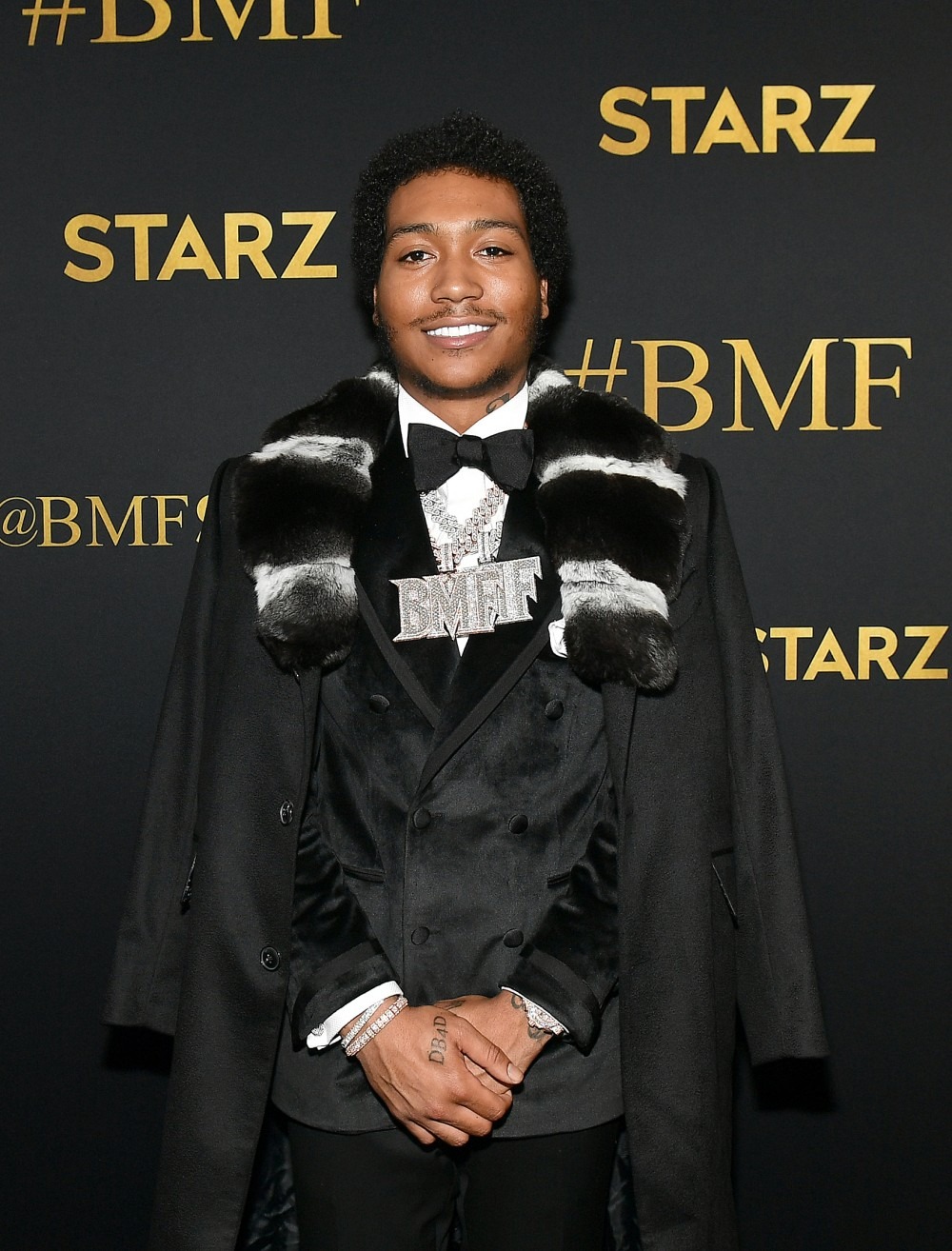 Shortly after Lil Meech’s arrest, his film brother from the popular STARZ series BMF, Da’Vinchi bonded him out on the same day. Da’Vinchi said he paid a $1.4 million dollar bond for the release of Lil Meech.

Abraham D. Juste, also known as Da’Vinchi, who plays the role of Terry in BMF posted a video of the the now free man.

Allegedly, Flenory Jr. stole a $250,000 Richard Mille watch. Cops said that Meech walked into Miami’s Haimov Jewelers back in February and put a down payment on the Richard Mille using his $80,000 platinum Rolex, but he allegedly failed to pay the remaining $200K balance and never returned the watch. Cops also accused him of trying to trade the watch for a different Richard Mille piece at a different store.

It’s uncertain when Flenory Jr. will go to court, but what is certain is that 50 Cent began filim season two of BMF in Atlanta.

BMF is a series based on true events of the life of two brothers of the Black Mafia Family, Big Meech, played by LIl Meech, and Southwest T., Terry, played by Da’Vinchi.