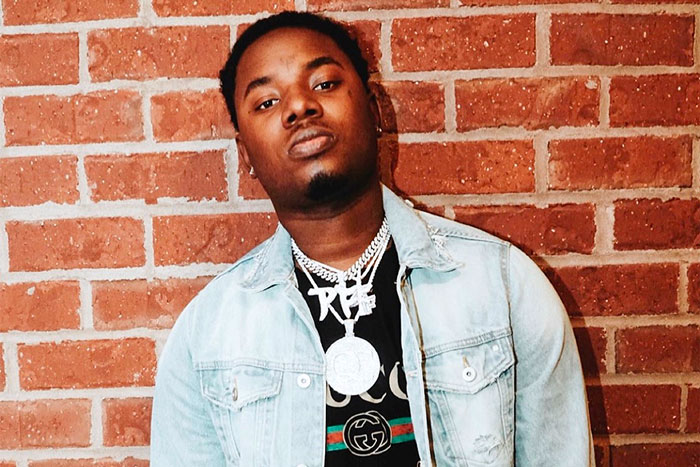 Lil Marlo was killed in a shooting in Atlanta over the weekend.

Officers at the Atlanta Police Department responded to a call about a car accident on Interstate 285 in downtown Atlanta on Saturday night. When police arrived, they found a 30-year-old man had been shot inside the vehicle. He was pronounced dead at the scene.

Marlo is believed to have been intentionally shot while driving and a homicide investigation is underway. “At this time, investigators believe the victim was the intended target of the gunfire and they are working to determine the circumstances surrounding the shooting,” a law enforcement official tells TMZ.

The Fulton County Medical Examiner’s office confirmed that they found the body of Rudolph Johnson, which is Lil Marlo’s government name. A video of the shooting scene appeared online.

Marlo signed to Quality Control Music in 2017 and was known for records including “2 Hard the Way” with Lil Baby and “9 + Z6ne = 1’5.” His most recent album, 1st & 3rd, was released in February featuring the title track with Future and Lil Baby. He was also featured on last year’s Quality Control compilation Control the Streets, Vol. 2.

His QC family including Lil Yachty reacted to the tragic news. “We just did a song a 4 this morning smh rip brother @lilmarlo_1,” Yachty wrote alongside a photo of Marlo on Instagram.

JT of the City Girls, who collaborated with Marlo on “Soakin Wet,” also mourned the loss. “Rest In Peace Marlo……damn,” she wrote, while Meek Mill added, “Rip lil Marlo prayers to his family!”

Lil Marlo was also a father. He is survived by his young daughter and son. He recently celebrated Father’s Day, sharing a series of photos and videos with his kids. “Thanks For Making Me Y’all Father I Wouldn’t Trade Y’all For Da World,” he captioned the post.