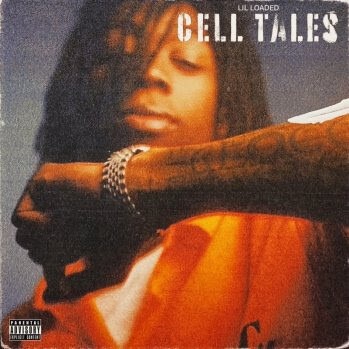 In remembrance of acclaimed gold-certified Texas rapper Lil Loaded, the artist’s family chose to present a new single entitled “Cell Tales” today on the one-year anniversary of his untimely passing. The song notably arrives in homage to “Mental Health Awareness Month” on the final day of May. It also marks the first new track to be released since he tragically left our world at the age of 20. Listen to “Cell Tales” HERE. Watch “Cell Tales” video HERE.

Regarding “Cell Tales,” his mother said, “As we come to the end of mental health awareness month, I wanted to share a new song from Lil Loaded. I appreciate all his fans for the love that you gave to my baby boy and I know we all miss him very much. As we approach the first anniversary of his passing, I want to shed light and send love to those who are suffering quietly as well as their loved ones. Please know that mental health awareness is so real and so important.”

The track itself hinges on the hallmarks of his signature style. His voice wraps around the beat with uncontainable energy and unbridled emotion. Meanwhile, the momentum builds towards a chantable melodic refrain, “I was in that cell alone.” It reflects his uncanny ability to commit feelings to tape without filter.

Lil Loaded lives on in “Cell Tales” and this important mental health message. Celebrate his art and memory now.

To date, Lil Loaded has racked up over half-a-billion-plus streams in the United States. In addition, his gold-selling breakout banger “6locc 6a6y” gathered 98.9 million Spotify streams to date. Beyond impressive numbers, he inspired widespread tastemaker applause. Complex praised his “hard-hitting street anthems” including “Gang Unit.” Lyrical Lemonade went on to say, “Loaded eviscerates this instrumental and provides another memorable hook that is sure to be stuck in my head all day.” Elevator Magazine summed it up best, “Texas has been producing some great, rising drill artists lately and Lil Loaded is no exception.” Along the way, he collaborated with the likes of Polo G, YG, Pooh Shiesty, NLE Choppa, and King Von. He unleashed his final magnum opus A Demon In 6lue in 2020.