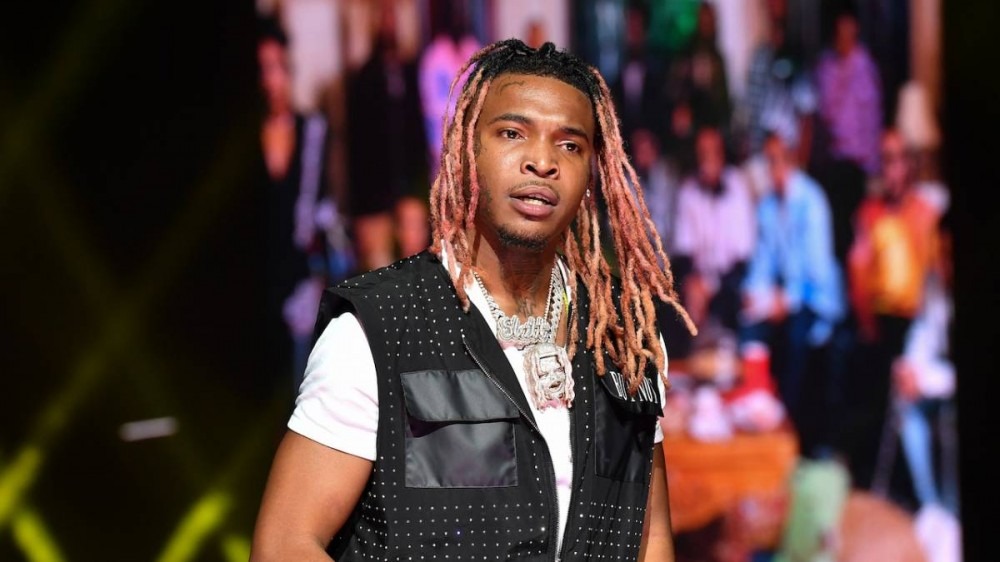 Atlanta, GA – Lil Keed unexpectedly passed away on May 13 at the age of 24 after reportedly experiencing severe stomach pain which ultimately led to multiple organ failures. The YSL rapper was laid to rest during an emotional ceremony in Atlanta on Wednesday afternoon (May 25), where his family was surrounded by loved ones.

A few clips from the ceremony surfaced on social media which found Lil Keed — born Raqhid Jevon Render — inside a golden casket being carried down a red carpet by close friends and family draped in white outfits with horn instruments booming outdoors.

According to FOX 5, Keed’s hometown of Forest Park originally denied his family a permit to host a vigil site for the late rapper, citing the already expected traffic from the city’s primary elections, which was being held the same day as the vigil.

Lil Keed’s death caps off what’s been a tragic and unfortunate month for the YSL family. Just days prior to his passing, Young Thug and Gunna were among 28 YSL-affiliated individuals arrested for conspiracy to violate the Racketeer Influenced and Corrupt Organizations (RICO) Act and participating in criminal street gang activity.

Keed’s last album arrived in 2020 with Trapped On Cleveland 3. It was actually Thugger’s mom that put him onto Keed’s music, which led to him signing the Atlanta native in 2018.

All our prayers go out to Lil Keed’s daughter and his family ❤️ 🕊 #LLK pic.twitter.com/S21NLLW7Va

2021 was one of the worst years for rapper deaths. We remember all of the fallen here.

REMEMBERING THOSE WE LOST IN 2021