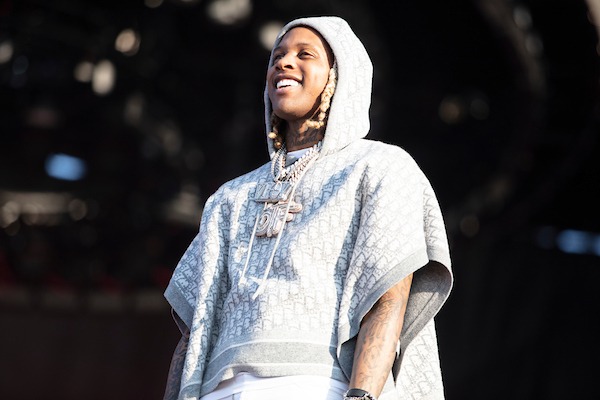 Lil Durk is ready for his first solo drop of 2022. The voice of the streets said his new album 7220 is completed and dedicated to his grandmother’s house.

The Chicago rapper took it to Instagram with a caption revealing his forthcoming album. In a picture covering his mouth, wearing a blue fitted with the numbers 7220 in white, The Voice said,
“7220 my granny address the house it all started in, album done.”

7220 will be Durk’s first drop of the year, but the Chi-Town rapper has been working. He has many features out right now, including 50 Cent’s “Money Powder Respect” with Jeremih. Gucci Mane also called on Durkio for a feature for “Rumors.”

Lil Durk’s last solo album The Voice, came in 2020. He then followed up with a collaborative album with Lil Baby The Voice of the Heroes, which debuted No.1 on the Billboards. That marked Lil Durk’s first No. 1 album, with his last two releases, Just Cause Y’all Waited 2 and The Voice, has topped out at No. 2.

Although there is still no release date for 7220, fans can expect it soon. Durk already announced the tour for the album. Earlier this month, Durk revealed that he’d be performing in 17 cities. The 7220 will kick off this spring, starting in Phoenix and ending in Chicago.