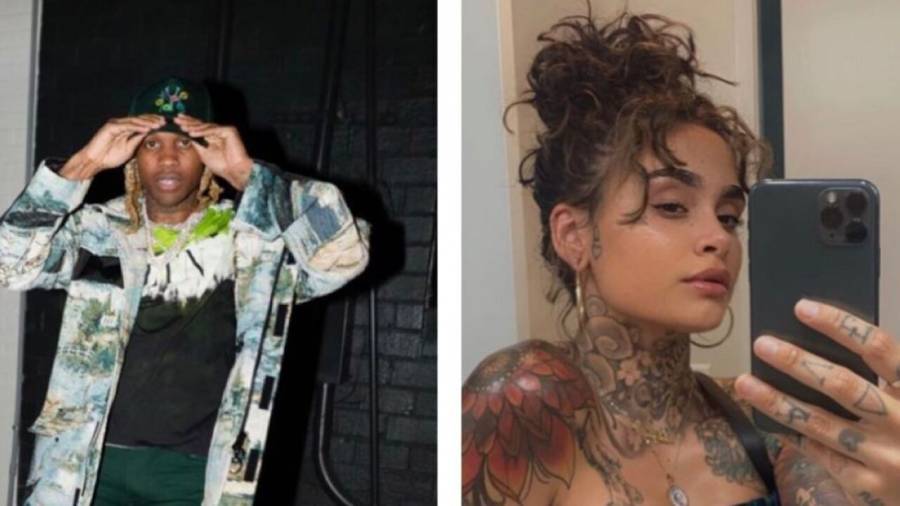 Lil Durk has delivered his new single with Kehlani just in time to hold his fans over while they await his upcoming collaboration with Metro Boomin.

On the heels of the announcement of his forthcoming No Auto Durk project helmed by Young Metro, The Voice (Deluxe) rapper tweeted a frank dispatch on Wednesday (February 3), teasing the cover art for “Love You Too” featuring the It Was Good Until It Wasn’t songstress.

Durkioo has remained a dominant force on the charts this year after his album The Voice earned a top ten chart appearance at the No. 3 spot on the Billboard 200 to end 2020. The deluxe edition of the album is currently on pace to move 80,000 units during the week ending February 5, and is currently outselling Lil Baby, Juice WRLD and The Weeknd among others. “Love You Too” marks Kehlani’s second collaboration of 2021 following her cross-eyed lover’s ballad duet with R&B singer Pink Sweat$ for his track “At My Worst (Remix).”

Though there is no official release date confirmed for the arrival of No Auto Durk, fans may be able to get more information about the project during an #askLilDurk question and answer session the Chicago native teased on Twitter scheduled for this Thursday (February 4).

Watch the full video for “Love You Too” featuring Kehlani below and revisit Lil Durk’s The Voice (Deluxe) album here.