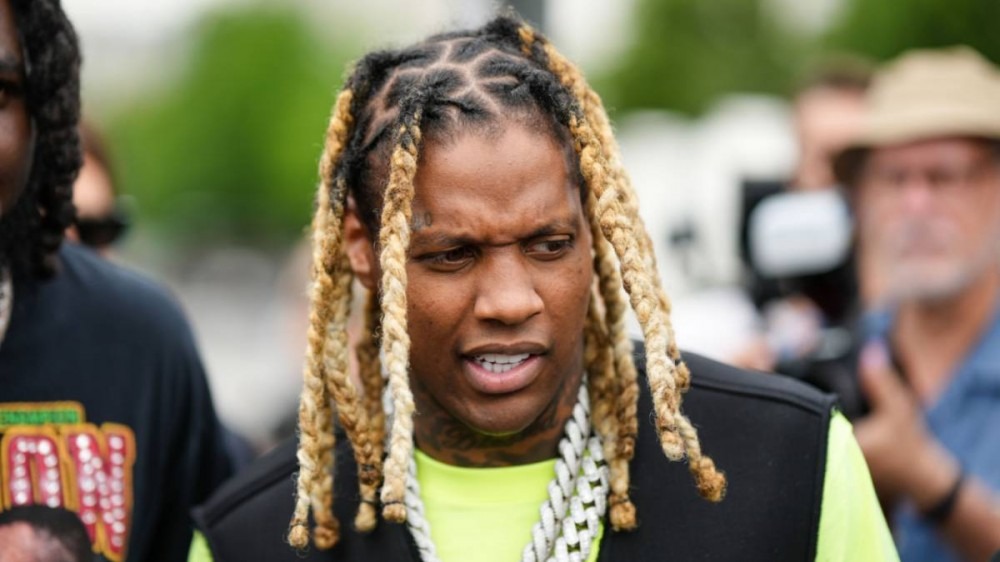 Chicago, IL – Lil Durk suffered a minor injury while mid-set at the annual Lollapalooza festival in Chicago on Saturday (July 30). In an Instagram video posted by The Neighborhood Talk, the platinum-selling rapper is casually strolling across the stage when he walks right into two onstage explosions.

White smoke appears to flood his eyes and he stumbles back using his t-shirt to quell the sting. He’s asked if he’s OK and just seconds later, he’s back on the mic and ready to rock for the anxious crowd.

Saturday marked day three of Lollapalooza at Grant Park. Other performers included Blxst, YG, Big Sean and J. Cole, who were scattered across various stages throughout the day. As for Sunday (July 31), Erica Banks, The Kid LAROI, Denzel Curry and Yung Nudy are among the rap acts booked for the festival’s closing day.

Lil Baby, Sampha The Great, Maxo Kream, Cordae and Machine Gun Kelly were also on deck for the four-day extravaganza. In fact, Cordae decided to have a little fun with his fans and show up with a fake beard, leaving many of his fans scratching their heads.

The DMW rapper showed up on Friday (July 29) to perform at the festival for the first time since 2019 with mutton chops and a full beard closely resembling Wolverine from Marvel’s X-Men series. He later posted the look to Instagram with the caption, “Lollapalooza was Love. New music otw!”